Australian to be joined by current teammate Nagashima next year. 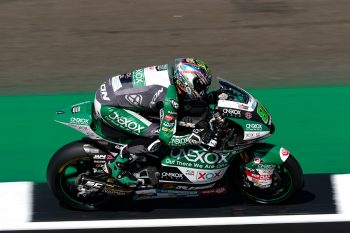 It’s been confirmed Australian Remy Gardner will continue on with SAG Racing in the 2020 Moto2 World Championship following a breakout season with the squad.

Gardner will once again be joined by current teammate Tetsuta Nagashima next year, where they’ll both endeavour to challenge for the world title.

Son of former motorcycle grand prix world champion Wayne Gardner, the youthful talent has scored the best results of his career in 2019, including a maiden podium in Argentina.

After finishing fourth at the British grand prix last month, Gardner arrives at Misano for this weekend’s grand prix with the goal of landing on the podium.

“I am looking forward to this weekend,” said Gardner. “After the good result in Silverstone, I want to build on that and keep moving forward. I can’t wait to arrive to Italy and start working with my team.”