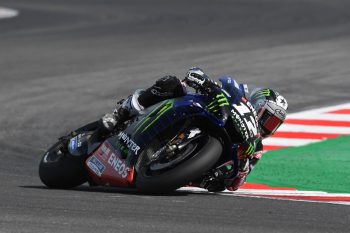 Maverick Vinales has expressed he’s feeling ‘extra optimistic’ ahead of the Aragon grand prix after landing on the podium last weekend at Misano.

The Monster Energy Yamaha MotoGP rider topped Friday practice and qualified on pole at the Italian round before earning third, boosting his confidence as he takes on a favoured Aragon circuit in Spain this weekend.

“After the Misano podium I‘m feeling extra optimistic about coming here in Aragon,” Vinales revealed. “Like every Spanish round, this GP is very special to me because the fans and atmosphere are great, and I really like this track. We have been doing good work in the previous rounds, so I expect to be fast here too.

“We will try to stay focused on our goal, we want to keep improving during every race weekend. We‘ve seen our potential get better and better since starting the second half of the season, so I think that we can do a good job.”

The Spaniard is currently ranked fifth in the point standings as six rounds remain in the MotoGP World Championship.