First podium of the season for the McAms Yamaha rider. 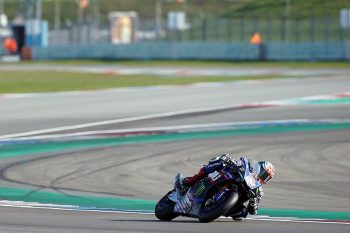 Following an injury-riddled season, McAms Yamaha rider Jason O’Halloran returned to the podium in race one at Assen’s 10th round of the 2019 Bennetts British Superbike Championship (BSB) in the Netherlands.

The Australian charged to third in the opening encounter after capitalising on a safety car intervention, marking his first appearance on the rostrum this year and his first with the factory Yamaha squad.

Admitting he struggled with grip in race two, O’Halloran could only manage a seventh place finish to round out the weekend.

“It’s been a really good day,” O’Halloran stated. “I’m really happy to have been up on the podium in race one. Everything worked for us in that race, I felt really comfortable and did my own thing and got our first trophy for the McAMS Yamaha team which I’m really pleased with as the guys have worked so hard this year.

“The second race was a little more difficult, I don’t know if we had an issue with the tyre or something as I struggled for grip from the early stages. Nonetheless it’s been a good day, so we’ll go to Donington and see what we can do.”