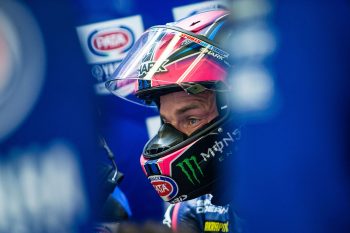 The conclusion of the current Superbike World Championship (WorldSBK) season will see the separation of Yamaha and Alex Lowes following four years.

Lowes has been an integral part of Yamaha’s WorldSBK program since the Japanese manufacturer returned to the premier production racing series in 2016.

“I would like to start by saying thank you to Alex, not just for the success we have enjoyed together in WorldSBK and at Suzuka, but also for his commitment to Yamaha and our Superbike project,” explained Eric de Seynes, Yamaha Motor Europe president.

“It was a difficult decision not to continue with Alex in the same role for the 2020 season, but it was also our sincere hope that he would remain within the Yamaha family.

“We knew there was a risk and, unfortunately, that risk has turned out to be real and Alex will not be on a Yamaha next season. Working with Alex these past four years has been a real pleasure for me and on behalf of both Yamaha and myself I wish Alex every success for the future.”

The highlight of Lowes’ time with Yamaha undoubtedly came in 2018 at Brno in the Czech Republic, when the Briton got the better of his teammate in a closely-contested second race to take his first WorldSBK race win.

Yamaha and Lowes’ success extended further than just the WorldSBK paddock as he was also a key member of the Yamaha Factory Racing team that took three-consecutive victories at the prestigious Suzuka 8 Hours.

It’s understood that Lowes’ seat at Pata Yamaha will be filled by Turkish talent Toprak Razgatlioglu, while Lowes has been widely tipped to be joining five-time world champion Jonathan Rea at the Kawasaki Racing Team.