Popular Australian MotoGP front-runner on his successful 2019 season so far.

The current MotoGP World Championship season has been particularly strong for North Queenslander Jack Miller, earning three podium finishes to date and entering the fly-aways with momentum clearly on his side. The laid-back 24-year-old is currently ranked seventh in the standings and CycleOnline spoke to Miller this week before he heads overseas again for Thailand this weekend. 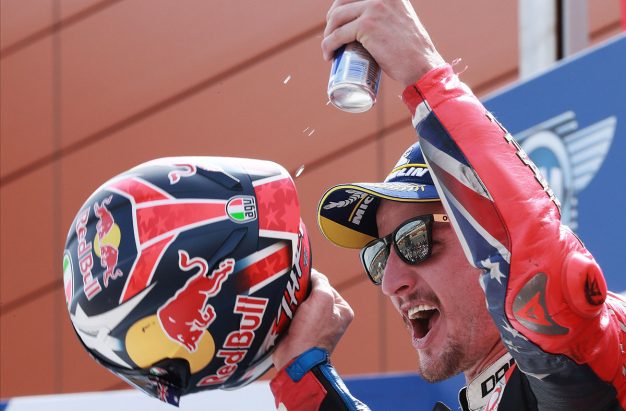 We’re well into the 2019 season now and, currently, you have three podiums to your credit at COTA, Brno and Aragon. Is this how you expected the year to play out, so far?

It was the expectation and all, because I definitely wanted – or you could say expected – the podiums. Let’s say, with the bike I had and the one that I was getting for this year, it was required, but there is a difference between wanting it or actually getting it – they’re two different things. To have those three podiums already, you know, we’ve even probably missed out on a couple of times with mistakes by myself or other outside factors where we probably could have got on the box again, but I think we’ve got a few more chances left. Coming into the Asia tour, it’s definitely where I’m stronger, so we’ll see.

Is being on current GP19 equipment as good as you’d anticipated and just how close is your factory satellite bike to the official Ducati team’s machinery?

We’re pretty close. I mean, there is a little bit of a difference, but not too much – it’s just nice with the latest model equipment to be on the bike and know that most weekends you get there, you’re going to be competitive no matter what. That’s the biggest thing, getting your head in the right place and knowing that the bike’s going to work really well. We’ve only had a couple of tracks this year where we’ve struggled a little bit with the bike, so it’s nice to feel when you arrive that, ‘yeah, it should work good this weekend’. It puts you in a good headspace, if you know what I mean.

It appears as though you’ve found a home on the Ducati with the Pramac team, but there was also that sudden speculation regarding your future being up in the air during the mid-season. It all worked out in the end and you’ll be staying put with a GP20, but what was the mindset at that point?

It was frustrating, don’t get me wrong, because it’s never nice to start the season back with a podium and then you arrive at the next race on a Thursday to hear you might not even be with the team next year. That was tough, but there was just a lot of stuff going on behind the scenes with the Ducati guys and that, but I’m glad everything got worked out and we were able to put it all behind us. I mean, I don’t think it did affect me and I tried to put it behind me, but of course, if you’ve got stuff like that happening it’s always gonna be in the back of your mind. 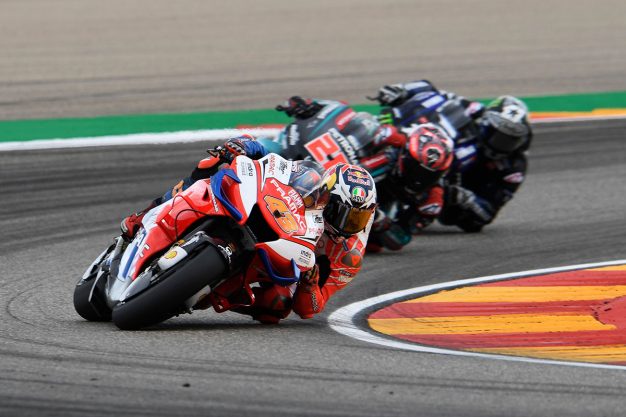 At this stage of the year, you’re back at home with the fly-aways coming up. Goals for between now and the end of the season?

If we can get on the box a few more times I think that would be nice, but I’d definitely like to move up a step or even two on the podium. We’ll just have to see because Thailand should really suit us quite well and Japan is another one where the bike should work really good. Of course, Phillip Island, even if the bike’s not working good I should be able to pull something out of the hat there hopefully [laughs].

Speaking of Phillip Island coming up later this month, which is a massive one for you and a round that I know you always like to rise to the occasion for, how pumped do you get when you know it’s right around the corner now?

Yeah, you know, it’s the weekend I look forward to the most throughout the whole season, being the home grand prix and I love it. Just the whole atmosphere, the pressure and everything like that, I feed off of it. That is the only way to describe it, I guess you could say. I’m really, really looking forward to getting there. The last couple of years I’ve been running at the front, but let’s say with the inexperience of running with those guys, so this year I have gained a lot of experience in terms of the race-craft and I’m really ready to challenge for a top three.