Current championship leader qualifies in P1 for the fourth-consecutive round. 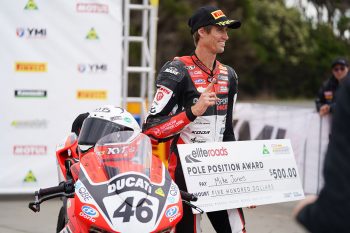 DesmoSport Ducati’s Mike Jones has qualified on pole position for round six of the 2019 Motul Pirelli Australian Superbike Championship (ASBK) at Phillip Island.

Jones set a scorching time of 1m31.995s in Q2, which was a new best lap for ASBK at the Victorian venue, and a fourth-straight pole for the current points-leader.

Joining Jones on the front row was Wayne Maxwell (Team Suzuki Ecstar), 0.326s in arrears, and privateer standout Matt Walters (Kawasaki) in a popular result for the New South Welshman.

Walters jumped to the top of the order in the late stages of the session with his personal best lap, however, Jones retaliated with two minutes remaining and that’s where he would remain. 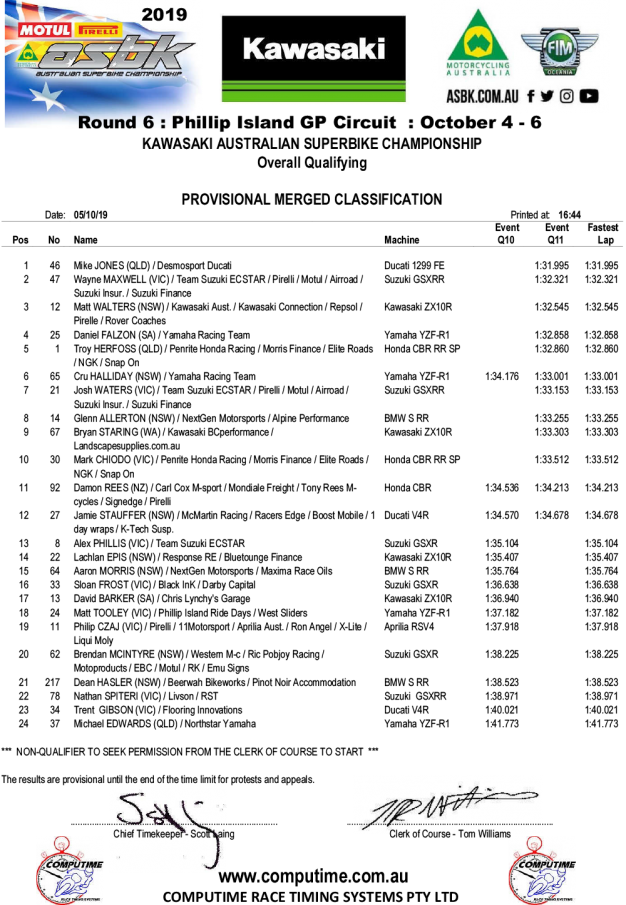