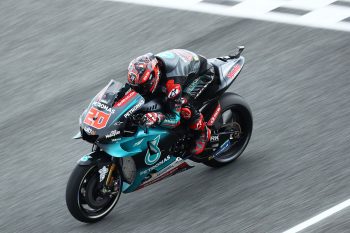 After a titanic duel, it was Quartararo (Petronas Yamaha SRT) who got the better of Maverick Vinales (Monster Energy Yamaha MotoGP) and champion-elect, Marc Marquez (Repsol Honda Team).

The first times came in and it was a head-to-head duel for the outright lap record. Marc Marquez went top initially and was just a fraction away from the lap record, but it would be first blood drawn for Fabio Quartararo.

The Frenchman stormed on to be the first rider to complete a lap of the Chang International Circuit on a motorcycle in less than 90 seconds during a full-blooded race weekend. Marquez also went sub-90 seconds but was no match for Quartararo. Vinales was pushing hard and completed a long first stint and was third.

It was disaster for Valentino Rossi (Monster Energy Yamaha MotoGP), as the nine-time world champion crashed unceremoniously at turn five, with the front-end tucking as he looked to make the apex. In a frantic hurry, ‘The Doctor’ returned to the pits and went straight back out on the second of his Yamaha M1 machines. After his first go at it, he was 10th.

Rossi wouldn’t be the only rider to bin it at turn five. As the field took to the circuit again, more history would reign down on the MotoGP grid, and high drama would provide one of the most exciting finishes to a session of the year.

Quartararo, not content with his lap record, went even quicker, blitzing his own lap record and securing a 1m29.719s on his seventh lap. This made it his fourth pole position of the season, a stunning achievement for the Independent team rider.

Drama awaited the rookie though, as he crashed at turn five. And he had reason to want to push for an even better lap record, as Vinales ended up just 0.106s behind his fellow Yamaha-man in second. Marquez was demoted to third and he wouldn’t get the chance of fighting back for pole either, as he too had already crashed at turn five.

Marquez would be third for the first time since Jerez, on a day when Quartararo headed a Yamaha 1-2 as well. Row two features another Yamaha, with the Japanese manufacturer securing three of their bikes inside the top four, something they achieved on Friday too.

Franco Morbidelli (Petronas Yamaha SRT) was right in the mix all the way through the session but ended up half a second back of the front row. Danilo Petrucci (Ducati Team), fresh from Q1, was best Ducati in fifth place for his best qualifying result since Mugello, when he was third. Jack Miller (Pramac Racing) completes the second row.

It is a star-studded third row with no less than 11 world championships coming from there. Andrea Dovizioso’s (Ducati Team) ambitions of keeping his title hopes alive took a blow as he was only able to manage seventh.

Moto3 qualifying was as explosive as ever and it was Italian rising star Celestino Vietti (SKY Racing Team VR46) who took a career-first pole, ahead of Marcos Ramirez (Leopard Racing) and Albert Arenas (Gaviota Angel Nieto Team) who completed the front row. 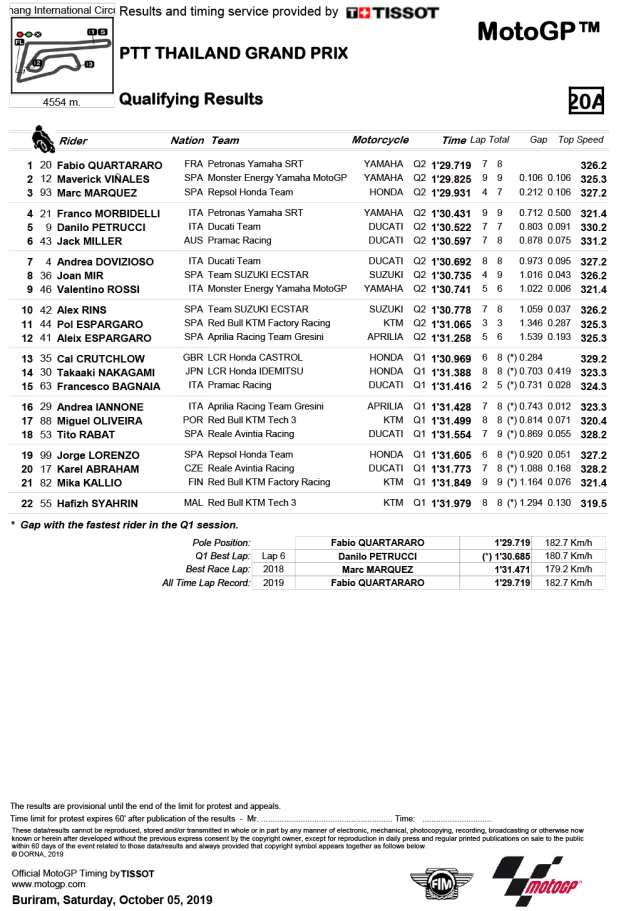 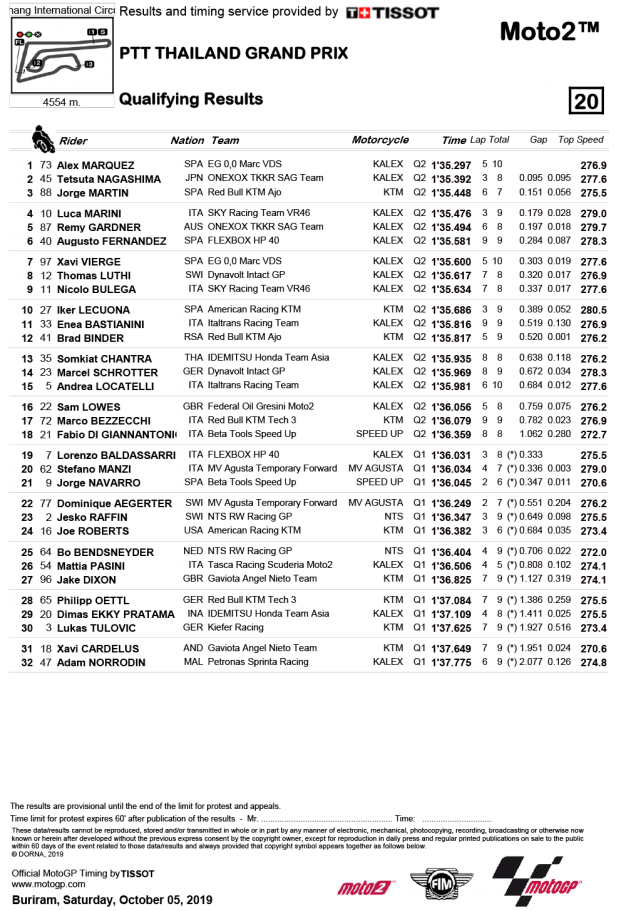 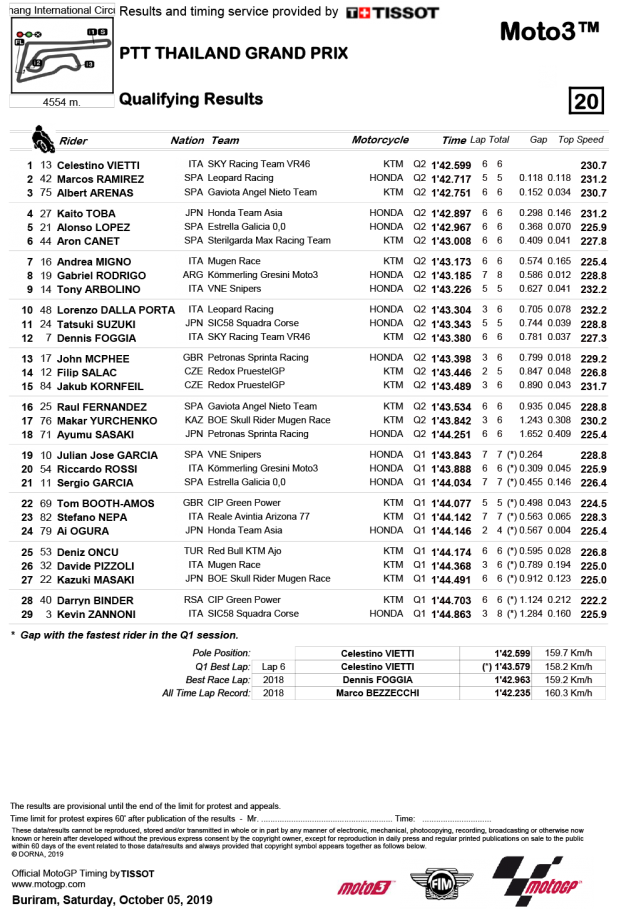