Phillip Island ASBK winner on his incredible victory in Victoria.

Phillip Island’s penultimate round of the 2019 Motul Pirelli Australian Superbike Championship (ASBK) proved to be a remarkable one for reigning Troy Herfoss, as the Penrite Honda Racing stormed to victory in race two to earn the overall win and championship point lead. 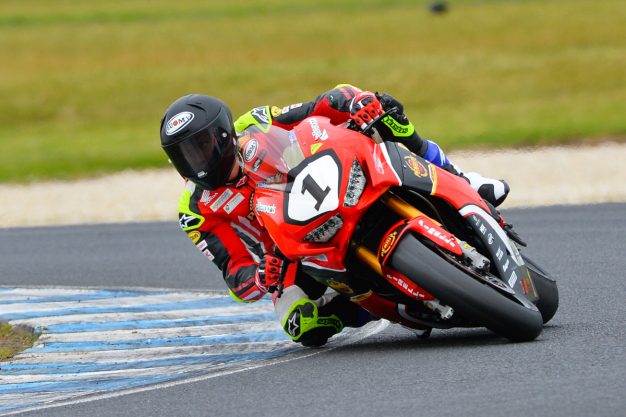 A race win, the round and the championship lead with one round to go – it couldn’t have gone any better really!

This weekend has been a bit of a dream really. I signed a new contract – it’s the earliest I’ve ever signed a new deal for the next season. I’m so stoked to be with Honda for 2020. To come to a track which everyone thinks I can’t ride around, put in one of my fastest laps, get a second, a race win, the overall and the championship lead is just incredible. When the pressure is on, funny things happen. This weekend I’ve been saying funny things will start to happen, and it did – there were a lot of interesting things I saw over the weekend, and I’m looking forward to Eastern Creek.

You started off on the right foot by being fast on Friday, and it sort of continued from there…

I’ve been studying Phillip Island a lot – not that I haven’t in the past – but I understood that I needed to change something. I’m just always so strong on the brakes, and we’ve taken our focus away from that to try and make the bike easier to open the throttle in the middle of the corner. It turns out I didn’t lose much in the braking zone at all – I could just open the throttle so easily. It was just so much fun – to close the gap on Wayne, that’s never happened before – generally, whichever bunch I’m in is where I finish. I was able to attack and pass riders – I’m really proud of the guys and I’m looking forward with what’s to come. 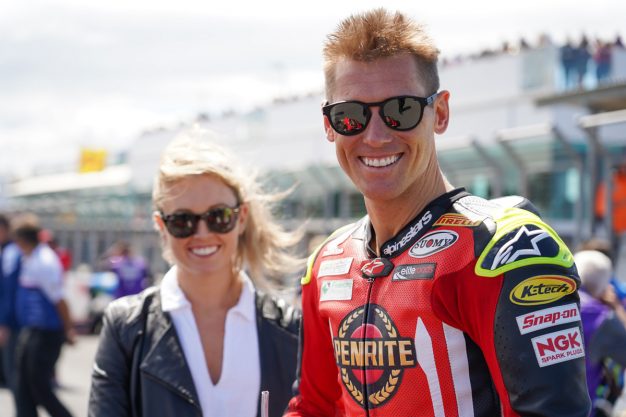 There were a couple of decisive moments for you – you mentioned on the podium that you were able to beat Jones in race one, and then in race two, you got the better of Maxwell for the overall. A couple of important results there, and every bit counts…

Last year, the points gap was huge, but the difference was that I won all the small battles – every race was difficult, but I just won the little battles. This year, I’ve been on the other end of that. The bike is great, but we struggle for a bit of top-end speed, which hurts around here when you’ve got grip. I think the win today plays a big factor, and I’m just happy to win the little battles and beat my championship rivals in last-lap battles.

Yeah, he was really strong over Lukey Heights, and it was a bit of a gamble to wait until MG. I had a really good run onto the straight and was coming, coming, coming – I wasn’t beside him, but I was close enough that I could have a lunge, so I went for it. I just couldn’t exit turn two – the wind was so strong and I couldn’t open the throttle, so he came back by me. The same thing happened up at the Hayshed, I wasn’t really there, but I knew it was my last opportunity. I thought if I go wide and he passes me back, at least I had a go. To be honest, Deon and Shaun would’ve been into me if I didn’t have a go, so you’ve got to try in these situations.

You’re in the points lead now, but obviously with one round to go, it’s winner takes all there…