Racer comments from Victoria's sixth round of the year.

A selection of riders detail their weekend at Phillip Island’s sixth round of the 2019 Motul Pirelli Australian Superbike Championship (ASBK). Team and privateer competitors can submit comments to [email protected] by Monday afternoon following events for inclusion in the post-event Quotebook feature. 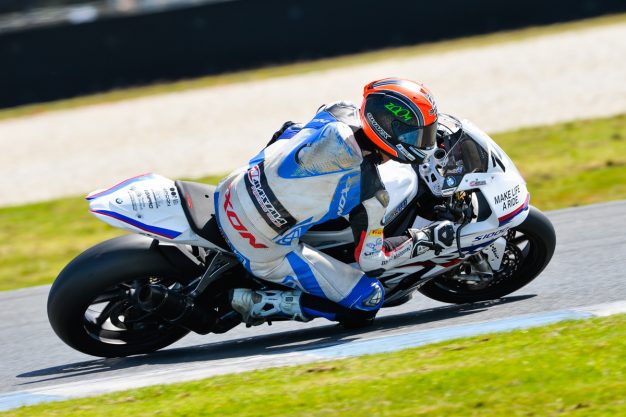 Bryan Staring (Kawasaki BCperformance) – 14th overall:
Race one was a small disaster and we’re still looking into the reasons for that. The second race was slightly better to begin with. I was really riding at my limit to try get some decent points, but I think the combination of the wind pushing us through Lukey Heights and the fact that I was pushing the envelope, I overstepped the mark and crashed. Fortunately, I’m going to be fine and got a major cork in my left quad, so it will take some rest this week.

Kyle Buckley (Kawasaki BCperformance) – DNS:
I was having some trouble on Friday morning. I went out in the first session and wasn’t able to hold myself back on the brakes, so I kept sliding forward. Second practice we changed a few things on the bike to make things a bit easier, but I rolled into the Hayshed, lost the front and had a huge crash. I didn’t re-break my collarbone, but I hurt it enough to sit out the weekend. It’s unfortunate, but I’ll try be ready for Sydney Motorsport Park.

Mike Jones (DesmoSport Ducati) – Ninth overall:
I’m certainly not happy to go home in third when I think I had the speed to retain the lead. In the end I made a mistake, and it gave Wayne an opportunity. He’s a great racer, he’s in good form and he’s a good enough rider to have made a clean pass, but ultimately that’s not what unfolded. We started the weekend where we left off from Winton, taking another Pole position, but in the race, I was missing a little grip I needed to push forward in the wind. Race two, I could see how much the other guys were moving around and was confident I would be strong in the second half of the race. The championship is tight heading into the last round, and I’m motivated to do everything I can to bring it home.

Glenn Allerton (Maxima BMW) – Sixth overall:
Every time I was going forward the frontend was off the deck and the cross-breeze was taking me off the track. Personally, it was a handful to muscle the Maxima BMW S 1000RR around. Hats off to the team as the changes they did to the bike certainly helped me a lot,” said Allerton after race two. However, after five laps I just ran out of grip. We will have to look at the settings and readdress it for next time. All in all, we’ve improved in race two which is positive and we are really happy with that.

Aaron Morris (Maxima BMW) – 18th overall:
I tried my best to ride it out in race one, however my wrist was just so sore. It’s disappointing as I really wanted to reward the team with a good result today. It wasn’t to be. With no testing, I knew I was always going to be up against it. The crash yesterday certainly didn’t help the case either. We’ll hit the reset button and look towards the final round in a few weeks’ time. Massive thanks once again to the team. Hopefully we can finish the year in a high at Sydney Motorsport Park.

Matt Walters (Kawasaki) – Fifth overall:
It’s one of the best weekends I’ve had in years, without a doubt. The Kawasaki Ninja ZX-10RR was working great from the moment we got here, we had a strong qualifying session and obviously the front row start really helped in the race. The first race wasn’t too bad. I got pushed around in the first few laps and wasn’t able to get going, but in the second one I got a good start and got away good. Towards the end of the race, the tyre started to give way a little, so I thought it was best to stay on it and not wreck it. I really would’ve liked to be on the podium, but I’ll take what I can get at this point of the season! It’s good to be riding on the same level as the guys at the front and I think staying in the top five would be a fairly good finish for us at Sydney Motorsport Park. If we can get a podium – we were nearly lucky enough to get one today – but, being my home race at Sydney, I think we should be aiming for the podium or another top five. 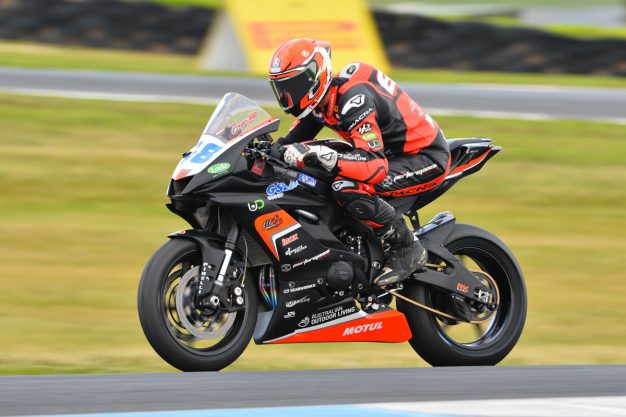 Tom Toparis (Landbridge Yamaha) – First overall:
While I only needed to finish sixth to secure the title, it was important for me to win the race as to win the championship its always a lot nicer to have a race victory to go along with it. I’ve been trying to win the Australian Supersport Championship for a couple of years now. This year has been like a dream. The Landbridge Transport Yamaha YZF-R6 has performed so well all season, which is a huge credit to my team. I’m just happy to get the job done for my team, Yamaha Motor Australia and the rest of our sponsors. We can now head into the final three races of the season with any pressure and simply enjoy them. It’s been a great weekend and a weekend which we’ll never forget. I’m just so happy to be able to get the championship locked up this morning and to be able to top it off with another race win is just fantastic. I’m just so proud of everyone who has helped me this year and I couldn’t have done it without them.

Aidan Hayes (Yamaha) – Second overall:
We were running third in the last few laps in race one, but to due to Nic’s crash we managed to finish second. It’s disappointing for Nic, but we’ll take it. Race two just all fell into place. I felt really comfortable out there which was a big positive. To be able to score a 2-3 result and my first overall podium finish is such a great feeling. I just can’t wait for the final round in a few weeks’ time now.

Jack Passfield (Yamaha) – Third overall:
To be able to be up the front and chasing the faster riders has helped me so much. The last few rounds have slowly been coming together and finally it is starting to pay off. I have to say a massive thanks to the crew at Stay Upright Rider Training who have been in my corner helping me with coaching. They have believed in me from the word go, so it’s nice to reward them with this podium finish.

Oli Bayliss (Cube Racing) – DNF:
Man that weekend sucked! I was actually pretty happy to qualify fourth, and we made a decision to change the bike for Sunday before Glen had to leave. In the race, I was actually feeling ok right until Jack’s (Passfield) back wheel hit my front in turn one sending me off the track at 250kmh. I just remember thinking to myself ‘I wonder how long it will be till I hit the ground’. I can’t thank Johno, as well as Avalon’s whole crew who all jumped in to get the R6 out on the grid for race two, enough. They worked like crazy and gave me a bike I could ride, but in the end, it was still just a bit too bent to race at full speed. Not much I can do about it now except concentrate on the last round.

Avalon Biddle (Cube Racing) – 14th overall:
That’s not the weekend I set out to have. While I’ve ridden at Phillip Island before, I haven’t done a lot of laps on a 600, so even though I was disappointed to qualify 11th, it wasn’t a complete surprise. Come Sunday, I just wasn’t on my game, and struggled through to thirteenth in race one. Race two, I was motivated to be out there and to race, but in the end I just wasn’t able to ride safely or competitively feeling the way I did. I’m a competitive person, and I’m frustrated that that’s the way I finished at a round that I’ve been looking forward to all year.