Phillip Island’s penultimate round of the 2019 Motul Pirelli Australian Superbike Championship (ASBK) saw Tom Toparis crowned as the Supersport champion after a remarkable campaign. In this edition of Countdown, we take a look at the six-round journey that got him to the title. 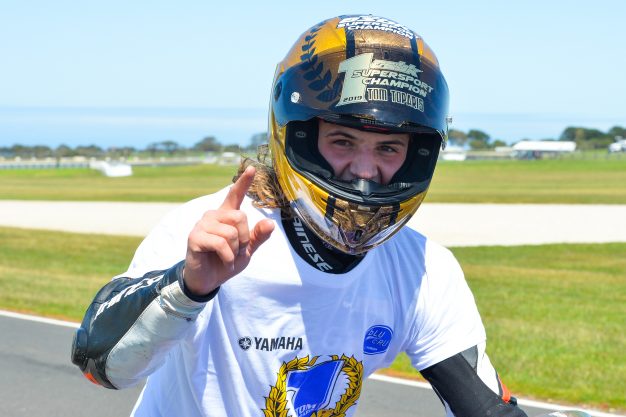 6. Season-opener domination:
Switching to the machine that took Cru Halliday to the Supersport title in 2018, Toparis made his intentions clear aboard the Yamaha YZF-R6 at Phillip Island’s opener, earning pole position and three commanding race wins to take home the overall.

5. Unstoppable at Wakefield Park:
Moving to round two of the series at Wakefield Park in New South Wales, Toparis continued to be unstoppable in the Supersport category. Landing on pole position once again, he went onto record dominant race wins across both outings, earning the overall win and extending his points advantage to 35.

4. One and only blemish at The Bend:
It’s amazing Toparis recorded only one blemish on his way to the crown, and even calling it that is a stretch. The New South Welshman earned his third pole of the season and won races one and two, however he was pipped on the final lap by Nic Liminton in race three, upsetting his perfect race winning streak. 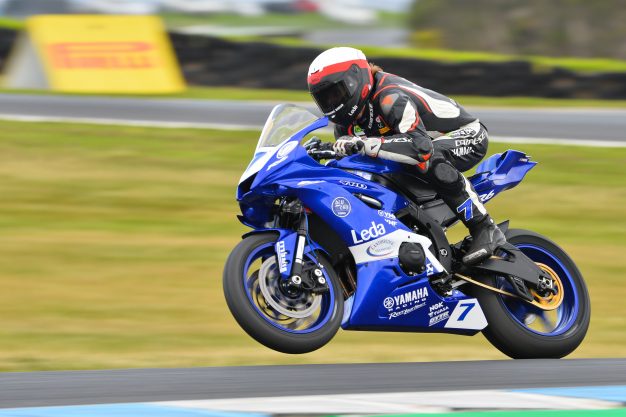 3. Morgan Park challenge:
While he didn’t drop a race win at Morgan Park’s fourth round in Queensland, he did experience quite the challenge from the Supersport field in both encounters. In typical Toparis fashion, he rose in the fight and emerged victorious, further increasing his championship chances.

2. Title a chance at Winton:
Earning the championship at Winton’s fifth round was a chance for Toparis, but things had to go his way behind him. He did everything he could, snatching two race wins and the additional point for pole position, although the title would have to wait until Phillip Island.

1. Crowned champion at Phillip Island:
In windy conditions, Toparis charged to victory in race one, egding out Liminton – who went down – to seal victory and be crowned the 2019 Australian Supersport champion. It was a fantastic way for him to clinch the crown, and he finished off the weekend with a commanding win in race two.