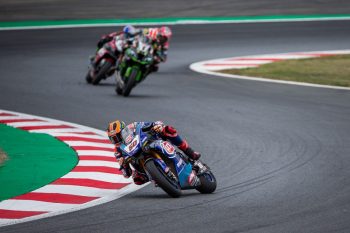 Pata Yamaha’s Michael van der Mark says he’s currently ‘in a nice flow’ as the penultimate round of the Motul FIM Superbike World Championship (WorldSBK) looms this weekend, something he hopes to continue in Argentina.

“I really enjoy going to Argentina,” said van der Mark. “Last year was a difficult race for us but I’m pretty sure that it will be a lot better this year given the progress we’ve made.

Our whole package has improved so I’m confident we will have another strong weekend Circuito San Juan Villicum in San Juan this weekend. We are in a really nice flow at the moment, so my goal is to once again be fighting for the top positions in the penultimate round of the season.”

Van der Mark is set to remain with the factory Yamaha squad in 2020, while Lowes’ future remains uncertain after being replaced by Toprak Razgatlioglu.