Moto3 wildcard on his preparation for the Australian grand prix.

Currently ranked fifth in the Supersport 300 category of the Motul Pirelli Australian Superbike Championship (ASBK) aboard a Kawasaki Ninja 400, Yannis Shaw was recently named as one of two Moto3 wildcards for the upcoming Australian Motorcycle Grand Prix at Phillip Island, scheduled for 25-27 October.

Teaming up with his New Zealand-based Double Six Motor Sport Moto3 squad, the team took to Sydney Motorsport Park last weekend for their one and only shakedown test ahead of Phillip Island.

Shaw, who will race an ex-Brad Binder 2014 Kalex KTM machine, expressed the two-days aboard the grand prix-spec bike were positive, despite not being able to utilise the electronics package that will be on offer for the round. 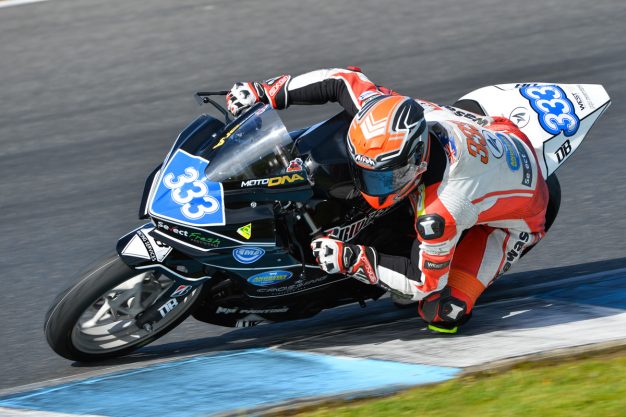 “We will only get the electronics for the round itself, as Dell’Orto is the exclusive ECU supplier to the Moto3 World Championship,” Shaw explained to CycleOnline.com.au. “The way the bikes were over the weekend won’t be too different to how they will be Phillip Island in a few weeks’ time”

Shaw, who took out this year’s New Zealand Moto3 Championship was able to push the bike closer to its limits on day two of the te Shaw, where he managed to get under the current Australian Moto3 lap record. In fact, Shaw even got close to Haruchika Aoki’s World 125cc Championship lap record (1min36.270) which he posted in 1996.

“We knew we were always going to be under the lap record,” he continued. “Our pace is pretty good. However, Phillip Island is a completely different race track to Sydney Motorsport Park. We just have to rock up at the Island with our heads down and bum up and work as hard as we can.

“Jake [Skate] was pretty much telling me what I was doing with the throttle, when I was onto the brakes, and when I was getting back onto the gas. All the input from Jake was perfect, as it helped me a lot.” 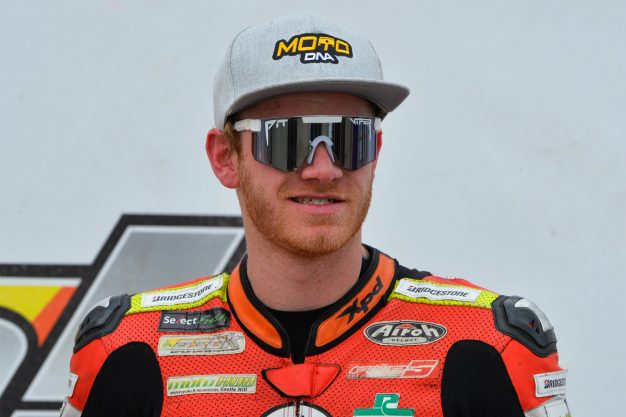 Heading into Australian Motorcycle Grand Prix, Shaw feels confident that he’ll be able to put on a good show, understanding the one-off appearance more of a mental game than anything.

“I believe strongly that the Double Six Motor Sport Kalex KTM machine is well and truly up for the job. Its just going to be a very mental challenging game. As everyone knows, the riders in the Moto3 World Championship are the best in the world. They are not club racers – they’re the best and that’s why they race in the world championship.

Shaw will be joined by New Zealander Rogan Chandler as wildcard entrants for the grand prix, the Kiwi also riding for the Double Six Motor Sport squad.