ASBK title ‘not over until it’s over’ insists Halliday

Yamaha Racing Team ace still a chance for the championship. 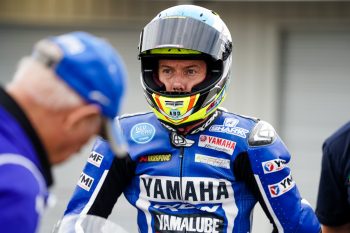 The New South Welshman has been a regular contender for the title all season long, however an untimely crash at Phillip Island two weeks ago – his first major blemish of the year – saw is chances decrease in a pivotal round, dropping him to fourth in the standings, 19 points behind leader Troy Herfoss (Penrite Honda Racing).

The 2018 Supersport champion acknowledges that all he can do is dominate Sydney Motorsport Park’s finale to boost his chances, however with three riders well in the hunt, something drastic would need to happen between the trio to allow Halliday to make up much-needed points.

“My hopes for the championship are still there,” Halliday declared to CycleOnline.com.au. “It’s still possible, but I have made it pretty hard for myself with that crash at Phillip Island. Everyone makes mistakes, and it’s just racing.

“It just came at the wrong time, but Sydney is a track that I’m quite good at and it’s my home track, so there will be a lot of family and friends there to support me.

“The thing that I need to do is go out and get pole position and two race wins – that’s easier said than done with the competition this year. I sort of need something to go severely wrong at the front – I’m not wishing that on anyone – but I need those front guys to clash or something so I can claw some points back. It’s not over until it’s over.”

Sydney Motorsport Park’s seventh and final round is scheduled for 1-3 November.