MotoGP development program to feature alongside ASBK in South Australia. 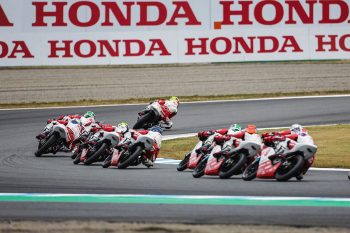 The Idemitsu Asia Talent Cup will travel to Australia in 2020 when it joins the Australian Superbike Championship at The Bend Motorsport Park in South Australia between 8-10 May.

“The International Motofest has quickly become a standout event on the Australian motorcycle calendar and the addition of ATC is a perfect fit. This provides a great opportunity for the fastest young talent within the Asia Pacific region to compete together and to start their journey on the Road to MotoGP.

“I am sure the IATC racing will be action-packed alongside Australia’s best riders in action and this makes the event a race weekend not to be missed.”

Dorna Sports CEO Carmelo Ezpeleta also threw his support behind the event: “The Asia Talent Cup is one of the most important projects in our Road to MotoGP program and it’s an unrivalled opportunity for young riders in the region to begin their path to the top.

“We are excited to be heading to The Bend Motorsport Park in South Australia, as it adds a new track to the Cup, which is always good for competition. Australia is an important country for grand prix racing, with MotoGP having race there since 1989 and multiple world champions hailing from the nation.”