The 2019 Motul Pirelli Australian Superbike Championship (ASBK) is set to come down to the wire this weekend at Sydney Motorsport Park season-finale, with just 4.5 between the top three and 25 points separating the top five. In this edition of The Point, the top five title contenders share their perspective ahead of a nail-biting weekend. 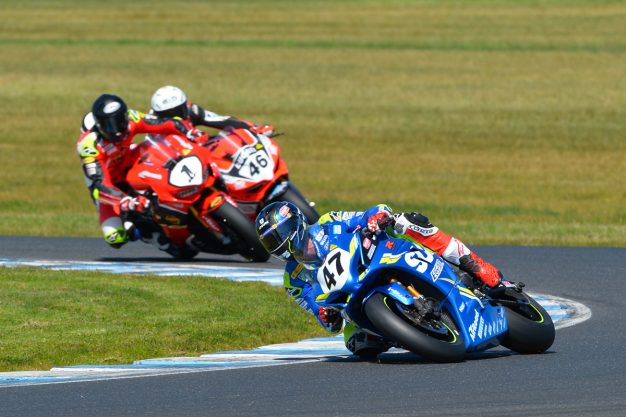 Troy Herfoss (Penrite Honda Racing):
I’ve been involved in title fights for a few years so I know what to expect, but the pressure will certainly be on this weekend. The good thing is we’ve been gaining momentum over the last few races. The Phillip Island round was above our expectations based on our previous results there – to come away with the championship lead was a surprise, but the way we got the bike working was very positive. Wayne and I have been big rivals since my first season at Honda – he’s the guy who’s always been up the front, so it was very satisfying to get one over him at a track where he’s always gone well. My goal is to be the most winning Australian Superbike rider – I would be honoured to win the title again and reward my team members for their efforts. If it comes down to the last lap of the last race and I need to pass someone to win the championship, you’ll bet I’ll be having a crack.

Wayne Maxwell (Team Suzuki Ecstar):
Race pace is something we’ve worked on – I’ve always prided myself on having good speed over a complete distance, even though our one-lap speed isn’t quite as strong as others. The battles I’ve had recently with Mike and Troy were stressful at the time, but very rewarding when I look back at them. The Suzuki is a proven package at Sydney Motorsport Park – Josh (Waters) won both races last time we were there in 2017, which gives me confidence heading into this weekend. It’s going to be pretty warm, so tyre conservation will be a factor. Winning this year’s title would mean the world to me, after having two DNFs earlier in the year, it’s been a massive effort to fight our way back. It’s really been a rollercoaster ride. 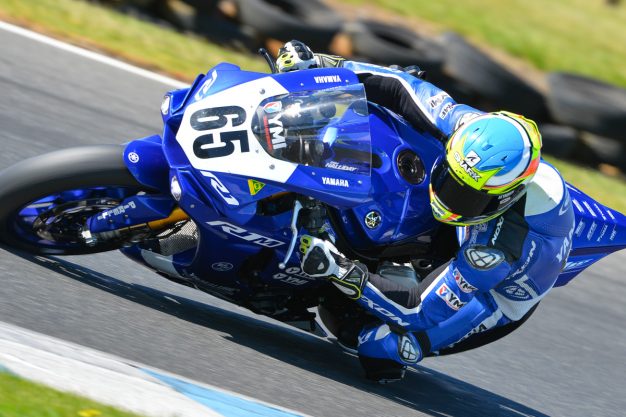 Mike Jones (DesmoSport Ducati):
I’ve felt really good in qualifying – when I have grip, it gives me confidence and I feel like I can do anything on the bike. At Phillip Island, we were missing a bit of speed in race one, but we made an adjustment to the bike and we were back on the pace in race two. The incident with Wayne has only served to make me focus and concentrate on what I need to achieve this weekend. With such a high level of competition this season, whoever wins the championship well and truly deserves it. It would mean an enormous amount to me and my team.

Cru Halliday (Yamaha Racing Team):
I’m pretty calm going into this weekend, and it’s still possible. I’m in the position where I don’t have much to lose – I’ll give it all or nothing. I’m outside the top three, and if all goes to plan, I could probably land myself on the top step of the podium, but as I’ve said, something will need to go wrong between those other riders. It’s racing, and anything can happen – look at the last round where the top three all crashed out. I’m going into this weekend with nothing to lose, I’ll let it hang out and put it all on the line.

Josh Waters (Team Suzuki Ecstar):
I’m going to go in, try my hardest and hopefully everything goes alright with a bit of luck. Obviously, I like Sydney Motorsport Park on the 1000, because my results there have been pretty good. Hopefully I can repeat that! It’s going to be difficult obviously with three blokes very close leading the championship – I’ll just worry about my own thing and hopefully everything goes alright. There’s nothing to lose – I’ll just go in and do my best.