Notes from trackside in New South Wales at the final round of the season.

– Following their contact that saw Mike Jones crash out of race two at Phillip Island’s penultimate round last month, the DesmoSport Ducati rider and Team Suzuki Ecstar’s Wayne Maxwell were yet to discuss the incident as of yesterday afternoon. With the points so close and both of them aiming for a second-career ASBK Superbike title, we could be in for absolute fireworks on Sunday – and both will have to overcome current series leader Troy Herfoss in the standings.

– After debuting the brand new BMW S 1000 RR at Phillip Island’s MotoGP support races, Maxima BMW and Glenn Allerton reverted to the previous model for qualifying this afternoon and most likely tomorrow’s races. The 2019 bike is still in its early stages of development and, from what we understand, the Next Gen Motorsports is still dialling in the electronics to suit this level of competition. For what it’s worth, Allerton’s 1m31.255s lap-time in Q2 was quicker straight away than what he’d managed on the newer bike yesterday and this morning. 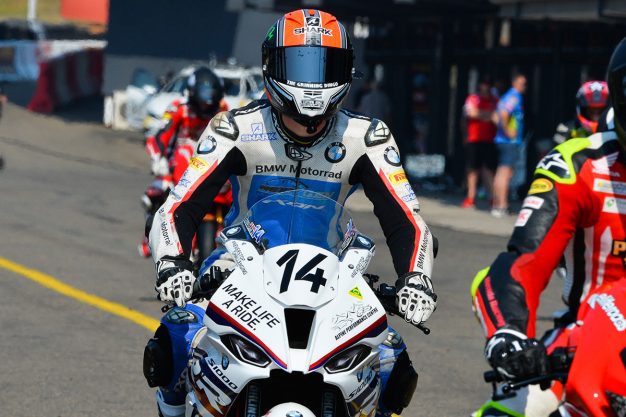 – Speaking of Next Gen, keen observers will have noticed that it’s only triple Superbike champion Allerton on the team this weekend. The idea was to concentrate on developing the latest Beemer in a streamlined effort, so after featuring at Morgan Park, Winton and Phillip Island, Aaron Morris can instead be found on the Superbike Masters grid this weekend riding a C&M Motorcycles-backed Yamaha FZR.

– Another change to the premier class line-up at the finale is that Ben Burke has stepped back up to the Superbike ranks alongside Bryan Staring at Kawasaki BCperformance. Since Kyle Buckley – who initially replaced Lachlan Epis – is still recovering from his injuries sustained at Winton, Burke has been called to duty on the Ninja ZX-10RR after he was already subbing on the Ninja 400.

– There are a number of silly season rumours beginning to emerge this weekend, including the possibility that both Penrite Honda Racing and Team Suzuki Ecstar could both be scaling back to just one rider each. It obviously worked last year for Honda with Troy Herfoss only – and he’s already signed for 2020 – however neither team confirmed the speculation either way. It does make you wonder what the ever-improving Mark Chiodo would do next year though. 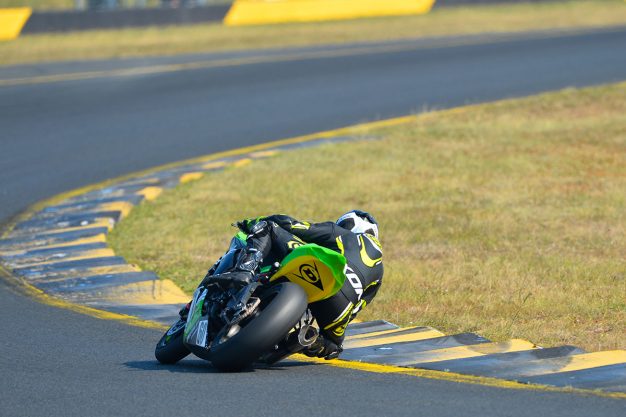 – What’s most interesting about the above point is that Team Suzuki Ecstar’s Wayne Maxwell and Josh Waters were both signed on two-year deals prior to this season, meaning both are contracted through 2021 by all indications. If the team does in fact scale back, will longtime Suzuki favourite Waters be forced to search for a seat elsewhere after being outperformed by Maxwell this year? It’s an interesting scenario to follow over the coming weeks.

– Following a standout first season back in the premier class, it’s difficult to imagine Cru Halliday anywhere but the Yamaha Racing Team again in 2020. He appears to be putting it on the line more than usual in Sydney now that he is a long shot for the crown and you know that he will be wanting to finally win a race on the factory YZF-R1M tomorrow. If he does go on to get that elusive W, it will serve as a massive boost leading into next season and he knows it. 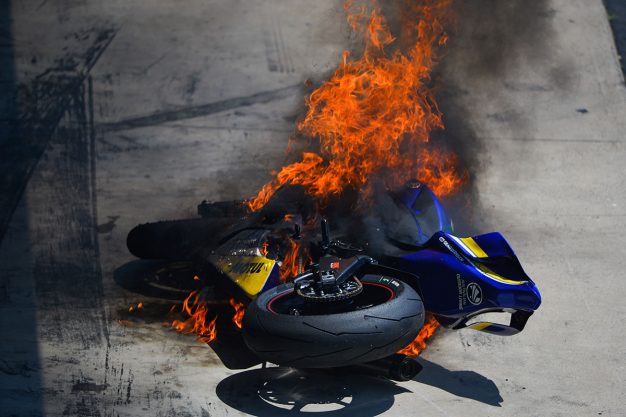 – Disaster struck Cube Racing-supported Supersport pilot Avalon Biddle in the second Supersport practice on Friday when her YZF-R6 caught fire in the pit-lane. Nobody was harmed in the blaze and, miraculously, the New Zealand champion was back on track for qualifying today.

– A welcome addition to the Supersport grid at round seven is World Supersport 300 regular Tom Edwards, who has teamed up with Bikebiz on a previous generation Yamaha R6. After claiming a front row start for Qatar’s final round of WorldSSP300 last weekend, Edwards went on to qualify in second position today upon return home.

– One interested observer spotted in the paddock today was British Superbike Championship number two Josh Brookes, fresh from dominating Brands Hatch’s final round a couple of weeks back. A former ASBK champion, Brookes is from South Western Sydney and has a number of close friends in the national championship. 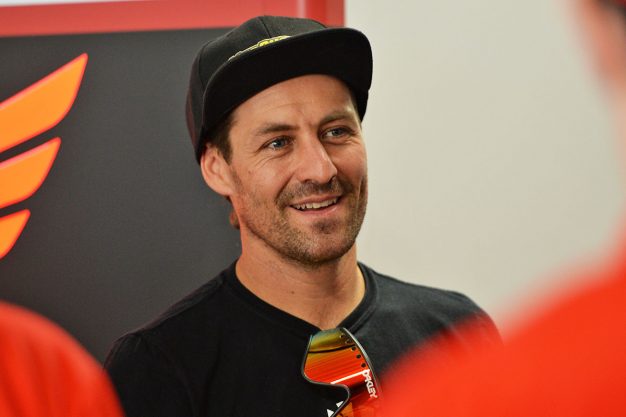 – While all eyes are on the Superbike championship and how it will be played out at SMSP, the Supersport 300, R3 Cup and Oceania Junior Cup categories are also up for grabs on Sunday. In fact, the only person crowned so far this year is the dominant Tom Toparis in Supersport and he’s in the box-seat to claim another first-place trophy tomorrow after scoring pole position this afternoon.

– Everybody’s been speaking of the heat throughout round seven, in conditions that are definitely the warmest of the season. Trouble is, rain is on the horizon for tomorrow when the championship points are on the line, so it could make for one of the most nail-biting deciders in history. Chances will increase as race-day evolves and, overall, there’s a 90 per cent chance of precipitation!

– Suzuki Motorcycles Australia has taken great initiative this weekend to offer free 30-minute test rides aboard a fleet of the latest model bikes during Saturday’s proceedings. Bikes included are the all-new KATANA, Hayabusa, GSX-R1000, GSX-S1000F, GSX-S750, V-Strom 1000XT, V-Strom 650XT, DR650SE and DR-Z400E. All of those are on display and there’s a share of official merchandise available as well. The only hiccup was, ASBK legend Shawn Giles actually went down while doing a two-up experience today!