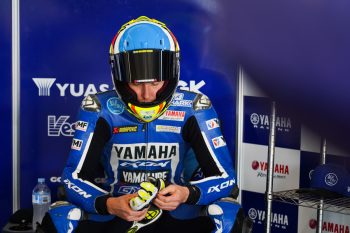 Halliday, who lifted the Supersport crown in 2018, remained in title contention until a season-first blemish at Phillip Island’s penultimate round, which put him on the back foot heading into Sydney Motorsport Park’s title-decider last weekend.

Starting from the front-row in Sydney, the New South Welshman recorded 5-3 scorecard for fourth overall and fourth in the championship rankings.

“Looking back over the year, there are a lot of positives to take away from it,” said Halliday. “There were times I had the championship lead and I proved to be consistent at nearly every round which is vital when there are so many riders capable of winning a race in ASBK this year.

“My downfall was a crash at Phillip Island which was entirely my fault. Losing points there was disappointing and was the difference between being on the podium for the championship and not.

“Still, it’s been a strong year for me, and I can’t thank the Yamaha Racing Team for believing in me and giving me such great equipment. Everyone has been awesome to work with and I really wanted to reward them with a championship this year. Congratulations to Mike, Troy and Wayne on a great season and that final race was a fitting end to an exciting championship.”

It’s understood Halliday is likely to remain at Yamaha Racing Team for the 2020 season.