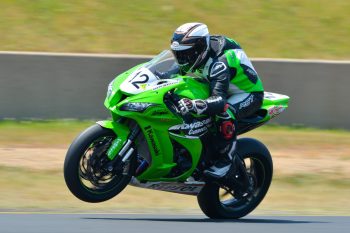 The New South Welshman was hoping for more at his home round after a strong showing at Phillip Island, however his 11th in race one was enough to secure the top privateer award.

He bounced in race two, charing to seventh for eighth overall, granting him an impressive championship ranking of seventh.

“It wasn’t too bad of a weekend,” Walters reflected. “I would’ve liked to have been up in the top five for my home round, but I simply didn’t have the pace to go with the front guys. It was good to be back – I had no crashes throughout the year, and we claimed back-to-back privateer championships.

“I’m really happy and it was a nice way to finish off the weekend. I think throughout the year, the highlight was qualifying third at Phillip Island. It’s not a race win, but it shows we have pace, and we’re slowly working towards it. From a shop, our little team is getting better and better, especially with developing the bike and our set-up.

“I think come next year, we should be in the box seat to have a really good package with a really good bike that can compete with the factory teams.”

Walters’ best finish of the season came at Phillip Island’s penultimate stop, where he qualified on the front row and finished fifth overall.