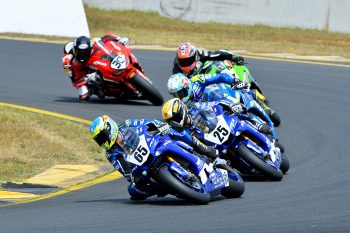 The 2019 Australian Superbike Championship (ASBK) drew to a close at an action-packed final round of the series at Sydney Motorsport Park on the weekend, with Cru Halliday finishing the round with 5-3 results to lock down both fourth on the day and in the championship.

It was a weekend of ups and downs for the YRT crew, with Halliday starting all in fine form posting the fastest laps in Friday’s practice sessions. But it was team mate Daniel Falzon that set the track alight in qualifying when he charged to his first pole position of the year with Halliday alongside him on the front row in P3.

But racing told a different story with Halliday taking a fifth and a third place finish in the two races contested to finish fourth on the day and take fourth in the championship. Halliday was in the battle all weekend but a poor start in the opening race cost him valuable track position while race two saw the two championship contenders break away while Halliday, Maxwell and Staring featured in their own battle for the final podium spot.

“Looking back over the year, there are a lot of positives to take away from it,” Halliday recalls. “There were times I had the championship lead and I proved to be consistent at nearly every round which is vital when there are so many riders capable of winning a race in ASBK this year.

“My down fall was a crash at Phillip Island which was entirely my fault. Losing points there was disappointing and was the difference between being on the podium for the championship and not.

“Still, it’s been a strong year for me, and I can’t thank the Yamaha Racing Team for believing in me and giving me such great equipment. Everyone has been awesome to work with and I really wanted to reward them with a championship this year.”

“Congratulations to Mike, Troy and Wayne on a great season and that final race was a fitting end to an exciting championship,” Halliday ends.

It was a day of frustration for Falzon who showed tremendous speed in qualifying but ultimately, a fall in each race was a tough way to end the season for the South Australian.

He wound up in eighth place in the championship and disappointed at how his season ended.

“I’m just guttered that I couldn’t finish the year off strongly and give my team and supporters a good result,” offers Falzon. “I felt pretty good on the first couple of days and but in each race I just didn’t have a good feel in a couple of sections on the track. I should have calmed down and got through them safely, but I wanted to be at the front, so I kept pushing and ended up going down in both races.

“I was desperate to get on the podium here as I really like the track despite not doing that many laps around it.

“Thank you to my family and the entire Yamaha Racing Team for their efforts in 2019. We had a great bike and awesome support and I wanted to reward this with a result we could all be proud of.”

The racing season is now over for YRT but if you are in the Wollongong area this weekend, the truck and team bikes will be on display at the Moto Festival on the Wollongong foreshore, to be run in conjunction with round three of the Australian Supercross Championships. 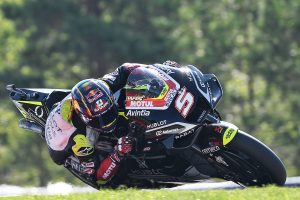