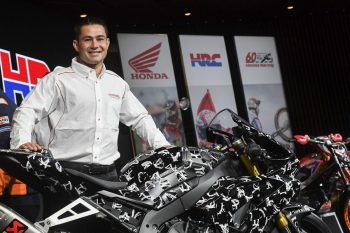 Honda Racing Corporation (HRC) has made it official that Leon Haslam will join the newly-formed factory team for the 2020 Motul FIM Superbike World Championship (WorldSBK), where he’ll pilot the all-new CBR1000RR-R Fireblade alongside Alvaro Bautista.

Haslam rejoined the WorldSBK paddock this season with Kawasaki Racing Team, charging to a podium result at the season-opener before finishing the series with a ranking of seventh.

“For me to get the opportunity to be back with Honda and, most importantly, as an official rider with HRC back in the championship with a factory team, is like a dream come true,” Haslam explained.

““It’s so exciting to be involved in the project and already I’m thinking about when I can ride the bike and get to Phillip Island, one of my favourite tracks, for the first race. I can’t wait to ride the CBR1000RR-R. A new bike means that we’re looking at a big challenge of course, but the project is extremely professional, and we all know what Honda and HRC are capable of.

“What they have achieved in the racing world speaks for itself. It’s really a fantastic opportunity for me, and I’m ready to give it my all, for the team, the company and all our fans around the world”.

It was announced in September that HRC will form an official factory team in WorldSBK, initially announcing Bautista as its first rider. It was revealed yesterday at EICMA that an all-new CBR1000RR-R Fireblade will be rolled out for 2020.