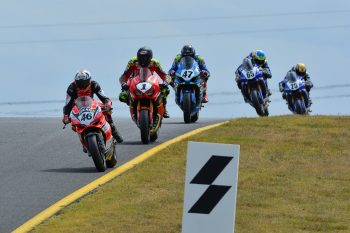 Sydney, NSW, 8 November 2019 – Pirelli rider Mike Jones has claimed a second-career Motul Pirelli Australian Superbike Championship (ASBK) after a thrilling final round at Sydney Motorsport Park, where the Queenslander won both races to secure the title for DesmoSport Ducati.

While it was Yamaha Racing Team’s Daniel Falzon who secured pole position at 1m30.039s, Jones’ 1m29.893s lap-time set in timed practice was the quickest of the entire weekend. However, he could only manage seventh position on the grid when it counted in qualifying, resulting in a third-row start.

The opening 13-lap affair saw Jones quickly slice his way through the field and go on to take victory by 0.341s over 2018 title-winner Troy Herfoss (Penrite Honda Racing) and, as a result, the pair entered the final race of the season separated by just half a point. A titanic dual eventually saw Jones victorious again, this time by 1.050s to seal the round and championship.

Second position in race two saw Herfoss runner-up overall for the weekend and in the final standings as well, as 3-4 finishes were enough for Wayne Maxwell (Team Suzuki Ecstar) to finish third overall in both the round and series. Pirelli-equipped riders filled the top five in points, with Cru Halliday (Yamaha Racing Team) fourth and Josh Waters (Team Suzuki Ecstar) fifth.

In Supersport it was new champion Tom Toparis (Yamaha) who captured pole position and both race wins to further stamp his authority on a remarkable 2019 campaign. He was joined on the round podium by World Supersport 300 Championship regular Tom Edwards (Yamaha) and Jack Passfield (Yamaha). In the series, Toparis topped Broc Pearson (Yamaha) and Nic Liminton (Yamaha).

Winning the Supersport 300 finale was championship victor Senna Agius (Kawasaki) over Luke Jhonstone (Kawasaki) and Hunter Ford (Yamaha). Agius took the title by a single point from longtime leader Max Stauffer (Yamaha), who finished fourth at the final round.

It was Marianos Nikolis who rode to the top step of the podium in round six of the Oceania Junior Cup series, joined in second by Tom Drane and in third by Archie McDonald. The inaugural championship was won by Carter Thompson as he took seventh place in Sydney. Each rider used the Diablo Superbike 100/90-17 SC1 front and Diablo Superbike 120/70-17 SC2 rear control tyres.

“A hot and humid SMSP awaited the final round seven of the ASBK,” commented Pirelli product manager Garry Crilly. “With the high ambient and track temperatures, Pirelli competitors worked through compound options and settings to find correct options for qualifying and the races. Pirelli competitors were able to fill all race podiums in all classes and championships, which was an amazing result in such difficult conditions.

“Personally, I want to thank Dave Fuller, our Pirelli tech, as without his direction none of these results would be possible. Also, our service teams who have worked in all conditions at each round to ensure all our customers’ requirements are filled.” 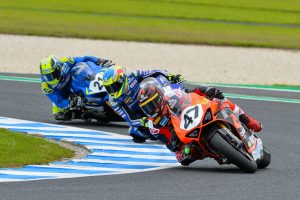 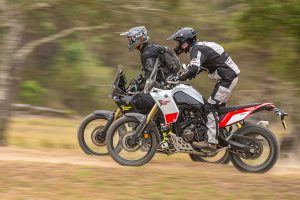