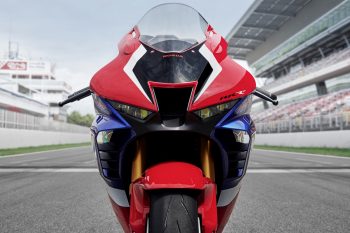 Honda Motorcycles Australia has revealed pricing for its all-new 2020 Honda CBR1000RR-R SP Fireblade, which is due for arrival in the second quarter of next year.

The SP variant, to sole model to be brought into Australia in HRC-inspired Grand Prix Red and Matte Pearl Black colourways, will be priced at MLP $49,999, with pre-orders now being taken at dealerships across the country.

Heavily inspired by the RC213V MotoGP machine and its street-legal RC213V-S counterpart, the 2020 CBR1000RR-R SP is powered by the most powerful inline four-cylinder engine that Honda has ever made.