Annual feature highlighting the winners and events of the year gone by.

In the 2019 edition of the CycleOnline.com.au CycleAwards, we name the stars of the season past in a reflection of domestic and international racing. These CycleAwards are done purely for editorial purposes, pieced together from an Australian perspective via what we witnessed during the year both locally and abroad. 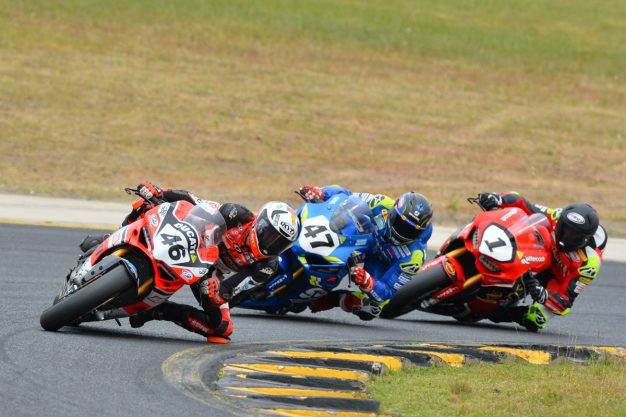 National Rider of the Year – Mike Jones:
To say 2019 was an amazing year for Mike Jones is an understatement! The Queenslander raced Phillip Island’s ASBK opener onboard a privateer Kawasaki before being called up to replace Troy Bayliss at DesmoSport Ducati at Wakefield Park. He ended up signing with the outfit for the remainder of the season, capturing the 2019 crown in an absolute thriller at the season-finale.

International Rider of the Year – Marc Marquez:
Repsol Honda’s Marc Marquez hardly put a foot wrong during the 2019 MotoGP World Championship, clinching his eighth world title – and sixth in the premier class – at the Thai grand prix with four rounds still remaining. It was one of the Spaniard’s most consistent and dominant seasons.

Rookie of the Year – Fabio Quartararo:
It didn’t take long for MotoGP rookie Fabio Quartararo to establish himself as a podium favourite, standing on the box at the Catalan grand prix after earning pole position. He landed on the podium seven times throughout the year and claimed pole on six occasions, granting him fifth in the championship and top independent rider honours.

Race Series of the Year – Australian Superbike Championship:
The 2019 Australian Superbike Championship went down as one of the most competitive in history! Before the season even started, there were a large number of former champions and race winners on the entry list, and the series delivered on close and tight racing. The title came down to the final round of the year with three riders in the hunt, but there was just half a point separating Jones and Troy Herfoss going into the last race – the duo put on an incredible show as they fought for the crown, but it was Jones who came out on top. 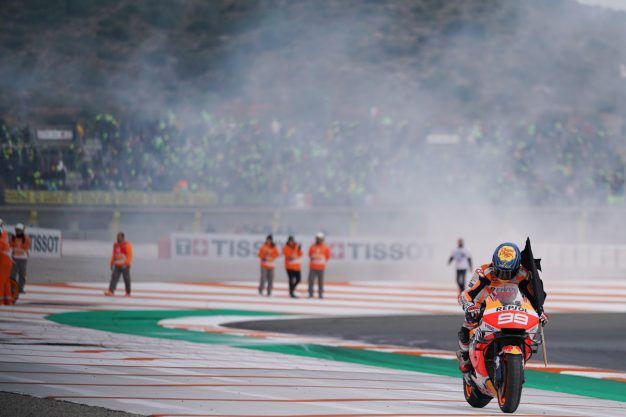 Most Anticipated Model – 2020 Honda CBR1000RR Fireblade SP:.
Only recently unveiled is the 2020 Honda CBR1000RR Fireblade SP, which immediately became the most anticipated model of the year. The Superbike contender has undergone a major overhaul for 2020, drawing major inspiration from the RC213V MotoGP machine while boasting a list of impressive specs.

Hottest Topic – Jorge Lorenzo retires:
At the beginning of the season, no one ever anticipated multi-time world champion Jorge Lorenzo to retire from MotoGP, especially after just signing with Repsol Honda for two years. The Spaniard had a rough year adapting to the RC213V, which was only worsened by a list of major injuries. It all resulted in him calling time on his career before Valencia’s season-finale!

Top Team – Kawasaki Racing Team:
It was an amazing effort for the Kawasaki Racing Team in 2019 as they assisted Jonathan Rea to a fifth-straight WorldSBK title. It’s no secret they were struggling to match the combination of Alvaro Bautista and the Ducati Panigale V4 R, but they gave the bike Rea needed to dominate the second half of the series.

Best Event – Phillip Island WorldSBK round:
It’s one of the most iconic circuits in the world, and Phillip Island delivered again at the start of the year as it opened the WorldSBK series and ASBK championship. There was quite a bit of anticipation around both series’ this year, making for an incredible start to the season. 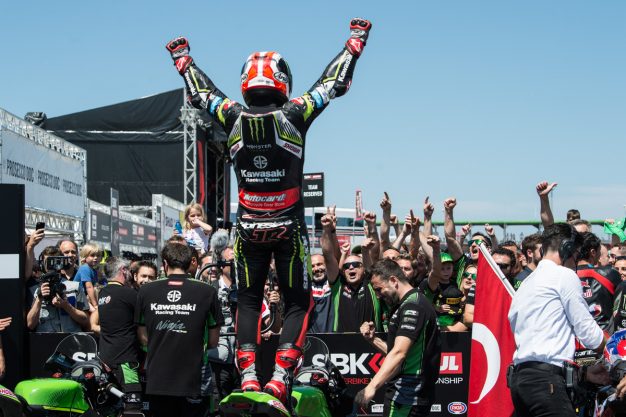 Most Surprising Moment – Johann Zarco saga:
Usually signing a two-year contract with a factory team is a dream come true, but for Johann Zarco and Red Bull KTM, it was anything but that! The Frenchman clearly struggled to adapt the RC16, and eventually came to terms with KTM to end his contract at the end of the year. He was benched altogether a couple of weeks later, and then earned the call up by LCR Honda to fill in over the last three rounds.

Social Standout – Cal Crutchlow:
Across a variety of platforms, whether on his own accounts or commenting elsewhere, you can rely on LCR Honda’s Cal Crutchlow to provide plenty of entertainment. A straight-shooter who isn’t shy of social media banter, we’re always anticipating what’s next from the MotoGP mainstay.

Special Mention – Podiums of Jack Miller:
It was breakout season of sort for Australian Jack Miller as he notched up five MotoGP podiums! His first came at Circuit of the Americas, ending a three-year drought, before landing on the box at Brno, Aragon, Phillip Island and Valencia.