Penrite Honda Racing understood to be commencing development after round one. 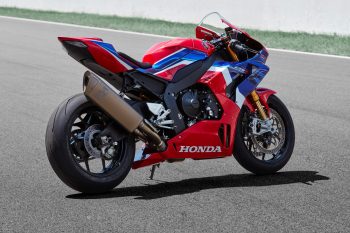 Penrite Honda Racing team owner Deon Coote anticipates Troy Herfoss will be equipped with the all-new 2020 CBR1000RR-R SP Fireblade by The Bend’s third round of ASBK in May.

The heavily-updated Superbike contender is due to hit dealerships in the second quarter of this year, however Coote indicated a 2020 model will be on display at the WorldSBK and ASBK opener at Phillip Island in February, which the team is understood to be securing following the bike’s media round.

“The plan is that there will probably be one here by the end of January, and that will be on display at [Phillip Island’s] WorldSBK,” Coote explained to CycleOnline.com.au.

“It will do a little bit of media stuff, but we will probably get that one after that. We definitely won’t have it by round one, but 100 percent by The Bend – maybe even Wakefield.”

The Victorian-based squad is set to undergo a host of changes for the upcoming season alongside the transition to the all-new motorcycle, with former team owner Paul Free appointed as Herfoss’ crew chief, along with a bold switch to Michelin tyres.