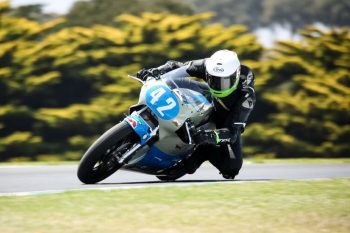 The UK team for the International Island Classic has been named for the 2020 instalment set to take place on 24-26 January.

“Team UK is coming to race the might of the Aussies and the Yanks, and we are well aware that we are up against it,” said Hart. “I know our bikes are seriously underpowered against the big 16-valve motors the others will be running but that can’t be helped, until we get our new 2020 UK regulations for the class.

“Our riders and their machines know the Challenge they face in the race and if the outcome is simply we did our best with honest period bikes then we shall be humble and leave with pride in the knowing we did our best, we can’t let the others have all the fun.

“We love the camaraderie of the motorcycling community, we’ve got some beautiful bikes to share with the fans, and a lot of British good humour to bring to the party. Australia has been through a lot these past weeks, and we’re keen to come and share our love of motorcycles with everyone.”

A total of 400 bikes will take to the Phillip Island circuit over the three days, where each class will be decided after one qualifying session and four races – and the Phil Irving Trophy will be the rider who scores the highest points in non-International Challenge events.