Phillis and Martin lock out the front row in Victoria. 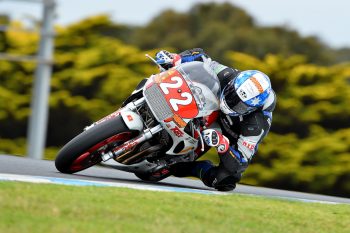 Melbourne’s Jed Metcher heads a solid Australian showing in qualifying today for this weekend’s International Challenge at the 27th Island Classic for historic bikes at Australia’s Phillip Island, steering his 1984 Yamaha FJ 1200 to the top spot on the grid in afternoon qualifying with a time of 1m37.248s.

Johnson tackled brake problems, while Morris had an engine change to contend with, and his crew will install a new gearbox overnight to give the 2019 pace-setter a little more speed. It was Metcher though who snatched the top spot and will start on pole for the first six lap battle.

“I feel really good about qualifying actually,” said Metcher, a proven performer in International Challenge racing with a 2016 Ken Wootton trophy under his belt. “This is our first run out on the bike ever so really happy with the Yamaha FJ and I think it is obviously a little bit more of a modern bike and it’s a little bit easier to ride than the old Harris.

“The boys are working pretty hard, we still have a few issues which I guess is a good thing in this case, cause we’re fastest and the front fork isn’t travelling all the way. I think we can definitely race in the 36’s tomorrow and maybe set a new benchmark for the Island Classic.

For the Americans it has been a tough 24 hours, but despite a game of musical engines and bikes they have three riders in the top 10, with other experienced names sitting just outside the top 10. The new-look UK squad have their best riders sitting in position 16 and 17 followed by a squad of classic racers eager to perform at the island circuit.

The International Challenge now in its 16th year, will see defending champion Australia take on squads from America and the UK in four six-lap battles over Saturday and Sunday. 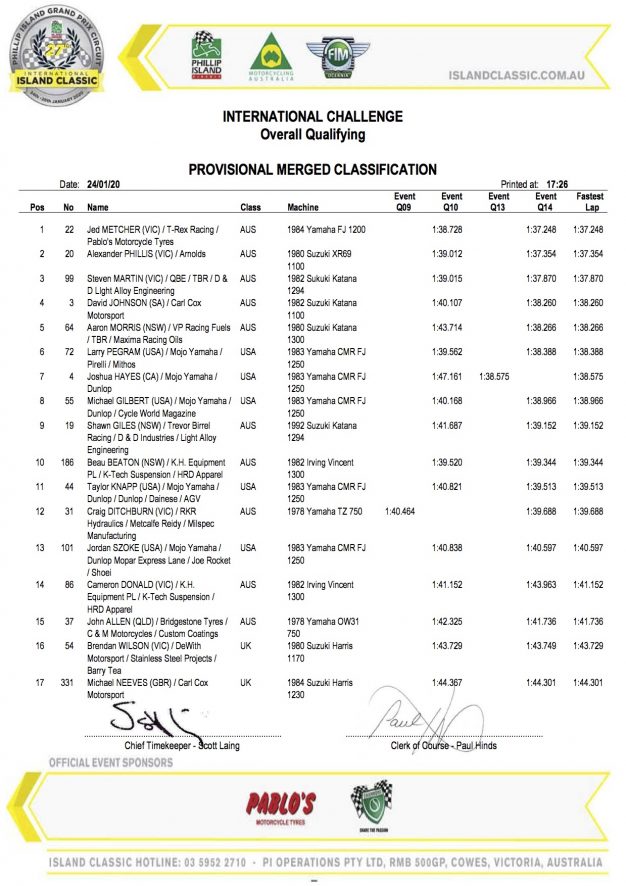