Monster Energy Yamaha upgrades a step forward for the Italian. 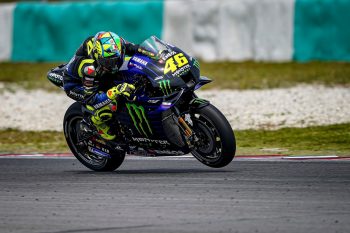 The Italian legend experienced one of his stronger pre-season outings in recent years, dipping into the 1m58s lap times to finish fifth on the timesheets during the final day.

Despite the positive improvements, Rossi is still adamant there’s work to be done in order to build an advantage over his competitors.

“Everybody is very strong, very fast as always,” Rossi stated. “We are not so far from the top. The second day was better than the first day because we worked a lot on the new bike. We need some more experience and some more kilometres, but today we already found something good, especially for the grip, and the pace with the race tyre is positive.

“For me, the bike has better potential than last year, but we need to work because also the other manufacturers are making steps, and like I said before, they are very strong. So, we need to continue to work hard, but it looks like we’re heading in the right direction.”

Rossi will be out on track next on 22 February in Qatar for the final pre-season test ahead of round, scheduled for 8 March at the Losail circuit.