Halliday confident the updated package will be beneficial for round one. 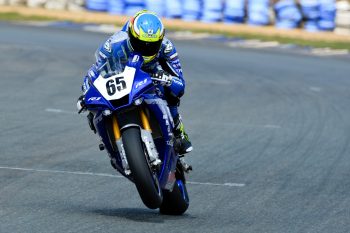 The 2018 Supersport champion rolled out the revised Superbike contender in ASBK trim alongside teammate Aiden Wagner at the New South Wales venue, where they evaluated if the package was at an adequate level to start the championship.

Halliday admits he adapted quickly to the bike, and believes the boost in power thanks to an upgraded engine and electronics package will be beneficial for the Phillip Island Grand Prix circuit.

“We will be starting the year on the 2020 R1,” Halliday confirmed to CycleOnline.com.au. “A bit more power down the first straight will definitely help us [at Phillip Island]. I gelled really quickly with the bike, and I think Aiden did as well. It’s going to be exciting, and the new livery looks good too, so it’s a whole new package and new look.

“The bike was flawless – it felt like I had been riding it all season. It’s a very comfortable bike, and there’s a lot more bottom end in the engine. The electronic throttle is pretty good – it’s a bit strange at first, but once you get used, I actually prefer it now.

“I was just getting my head around the new electronics on the bike, but also in the back of my mind I was thinking I can’t crash it. It was a pretty good day.”

The ASBK opener, which will run in conjunction with the Motul FIM Superbike World Championship (WorldSBK), will be staged over 28 February-1 March.