In this Industry interview, Damian Cudlin speaks about the newly-introduced GTR MotoStars Team in ASBK, the MotoStars program and Australian Junior Road Racing Championship, along with his involvement in the Oceania Junior Cup. 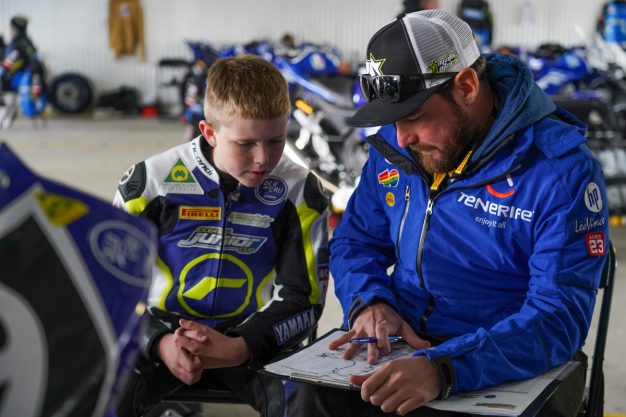 We’ve seen you heavily involved in the development side of road racing, what’s on your schedule this season?

The schedule just keeps getting bigger and bigger! We started off relatively small with MotoStars at a few local kart tracks, and then that expanded into the racing series, which is now spreading up and down the east coast. From that, we’ve had a lot of interest in junior road racing, licencing and kids getting endorsed, and then we’ve also been running the Australian Junior Road Racing Championship, which led to running the Australian Supermoto Championship. That grew in status and stature, and the Oceania Junior Cup came along, and it seemed like the perfect fit for me to be involved in that as well because I’d say 95 percent of the kids racing it had come from our training. It made sense to work with them as well, and that’s been regarded as big step in Australian junior road racing. Of course, this year, we’re doing all that again, but we’re also venturing into race team side of it with our own team that we recently launched, and that’s the GTR MotoStars Team. We wanted to forge a real pathway from your first contact at MotoStars – your first time on a road bike – right through to the ASBK. We wanted to do that with a program within in Australia and build a good platform here. It actually started with just the Supersport 300 plan, but we wanted Jamie [Stauffer] involved, and Max [Stauffer] had been part of MotoStars from the beginning as well. We’ve always had a good relationship with the Stauffers, and I banged bars with Jamie a long time ago. Heath Griffin, the guy I’m partnered with in this project, he’s had a lot of time for Max as well, so we decided to expand it into a two-rider program, and that became Max on the 600 and Archie [McDonald] on the 300.

Is the plan to roll out the MotoStars series similar to last year, running in conjunction with the Australian Junior Road Racing Championship?

Yeah, dates will be announced pretty soon, but what I can tell you is it will be three rounds in 2020, and the three rounds will combine the Australian Supermoto Championship and the Australian Junior Road Racing Championship. It will actually be a template that we used at the final round last year. That’s what we will do on the racing front, and from the MotoStars side of things, we’re kind of going back to our ethos to start with, and that was predominantly focused on junior road racing and coaching, and supermoto training and event. At one point we were expanding to bigger track events and more stuff for adults – we still a few of them – but our main focus will be on the juniors and supermoto front. 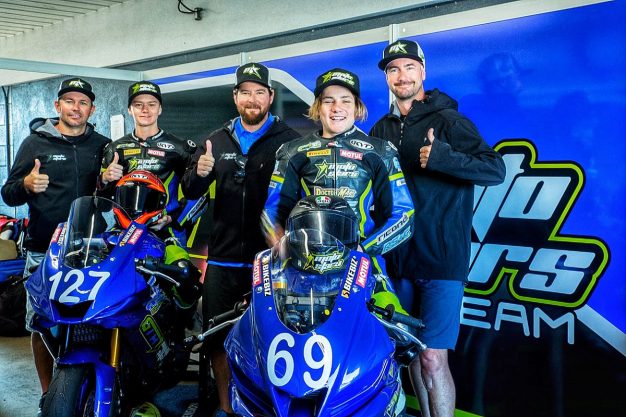 It must be exciting to field riders Max Stauffer and Archie McDonald, especially as they’ll both be in their rookie seasons in Supersport and Supersport 300…

Before we could announce it, we were coming back from Phillip Island, and I was lucky enough to spend a day with Max on-track at the ride day prior to the ASBK test. It was really good because it gave me a chance to ride on-track with him and get some video – we were going home at night and picking out things we can work on, and I think that was really good for him. He had that to think about and analyse for a couple of days, and when the ASBK test came around, he just took off where he left from the ride day and continued to improve. I was really impressed with how fast he was straight off the bat – he’s had very little experience on a 600, and he was already close to the fastest times out there. He’s quite a wise kid for his age – I keep forgetting he’s just turned 16, and I think he’s going to do really well with his methodical approach. And Archie I first noticed him at out MotoStars events, but I noticed he was good in the dirt – he’s an Aussie dirt track champion – he’s good in Supermoto, and good at road racing. You put that kid on a bike, and he finds a way to go fast on it – that’s impressive to me. The thing I like about him is that he had a real dedication to come to the events and the coaching days. I know he’s only spent a year road racing, but he’s come a really long way in a short time. That’s what caught my eye with Archie – he’s a good kid and quite a character. We wanted to help someone that stood out in MotoStars, and wanted to help someone progress through the ranks.

What role will you be playing in the Oceania Junior Cup in 2020?

The official role is the same as last year, so I’m the rider coach – I’ll probably do a bit more this because I’ve literally coached every kid on the grid now, so it gives us a chance to talk about new things on race weekends. It’s good too because we all know each other, they know how I run things and they know how I like them to pay attention. It will be easier this year as half of the field has stayed, so they already know the lay of the land [laughs]. The new ones have worked with me before, and with the old ones in swing, it will be easy for them to fall in line with the rest. What I do say about the OJC is that last year we saw a lot good and close racing, but this year, I can tell you the gap between the fastest kid and the slowest kid is a lot smaller, so it’s going to be a more condensed grid – it’s going to be better racing from first place to last place this year.