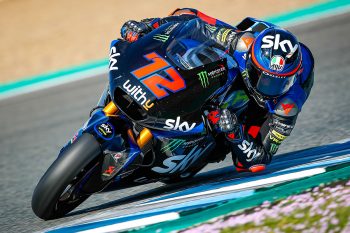 The second day of official Moto2 and Moto3 testing at Jerez saw Marco Bezzecchi storm to the top in the intermediate class, with Gabriel Rodrigo claiming P1 in the lightweight division.

In Moto2, Bezzecchi set the timing screens alight in the second session to set a new lap record.

Both Bezzecchi and Canet beat Remy Gardner’s (ONEXOX TKKR SAG Team) new lap record time set on day one, the Australian finishing 13th on the second day of action. Fourth on Thursday was the experienced Tom Luthi (Liqui Moly Intact GP) as both the Swiss rider and Spaniard Jorge Navarro (Speed Up Racing) dipped below the 1m41s barrier.

In Moto3, Rodrigo set his 1m45.170s in the final session, just pipping John McPhee (Petronas Sprinta Racing) to the post as the Scotsman was second fastest for the second day in a row, only 0.005s off. Ai Ogura (Honda Team Asia) was up the sharp end again to finish third on Thursday.

Unfortunately for Niccolo Antonelli (SIC58 Squadra Corse), his day would end during the morning as the Italian suffered a dislocated shoulder after a crash at turn nine. The test continues for a final day on Friday. 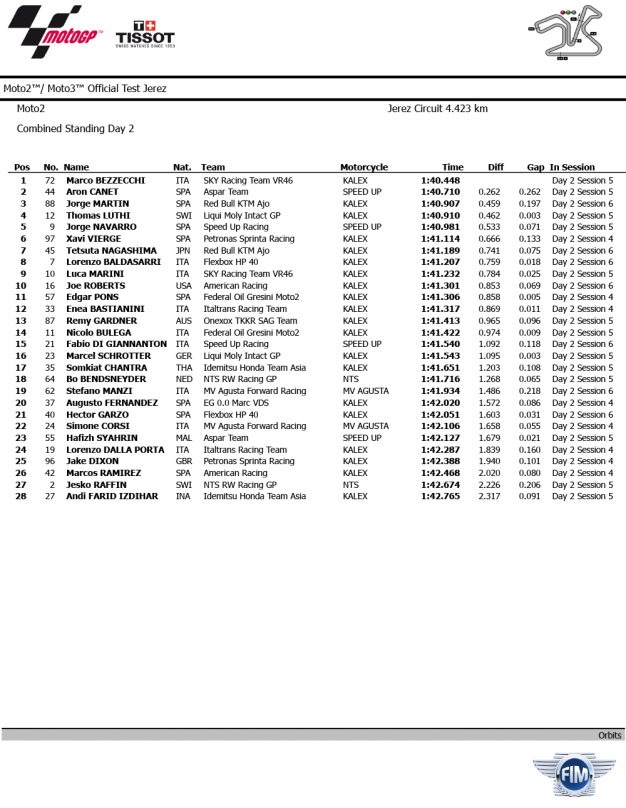 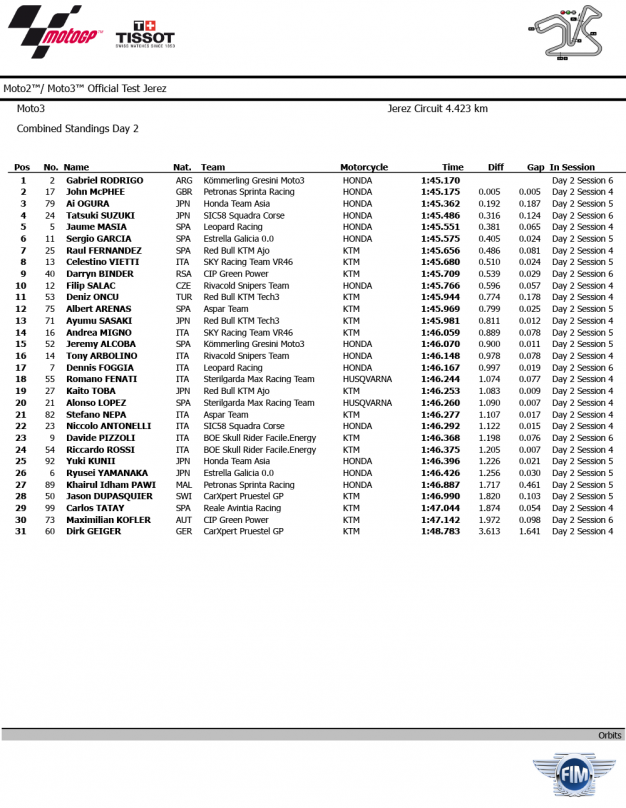