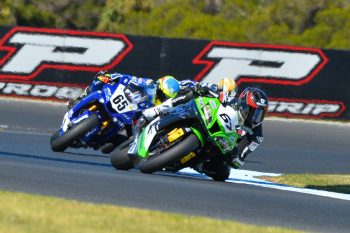 The Mi-Bike Motorcycle Insurance Australian Superbike Championship (ASBK) will offer an increased TV broadcast throughout the 2020 season across both free-to-air and pay-TV platforms.

Live television coverage will be expanded to three hours on SBS, Fox Sports Australia and Fox Sports Asia in 2020, which will include the Kawasaki Superbike, MotorsportsTV Supersport, YMI Supersport 300 and selected races of bLU cRU Oceania Junior Cup.

ASBK fans around Australia and across the world can also watch up to eight hours of ASBK live streaming on race days via www.asbk.com.au.

“It’s great to welcome back our TV broadcast partners in 2020 who have been strong supporters of the ASBK championship over the past few years and have done an excellent job bringing the sensational coverage to our ASBK fans and ASBK sponsors,” said Motorcycling Australia CEO Peter Doyle.

“Showcasing the Mi-Bike Motorcycle Insurance Australian Superbike Championship, presented by Motul, to our Australian and worldwide audiences is key to growing the sport locally, and also showing our future championships to race teams across the world.”

The ASBK kicks off this weekend at Phillip Island alongside the Motul FIM Superbike World Championship (WorldSBK).