Further restrictions force organisers to reschedule to second round. 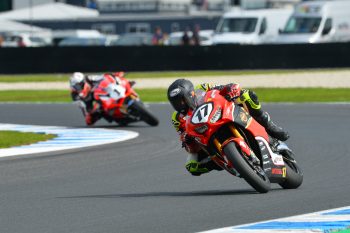 Motorcycling Australia (MA) has moved to postpone round two of the 2020 Mi-Bike Australian Superbike Championship (ASBK) at Wakefield Park despite attempts to run the event as TV-only.

It’s understood further restrictions recommended by the Australian government and imposed by the New South Wales government due to coronavirus have now made it impossible for the race to continue.

“The developments of COVID-19 have changed each day over the last week and in some cases, they have changed hour by hour,” said Motorcycling Australia CEO Peter Doyle.

“The situation of last weekend is now very different as is the situation as of Monday. This is a tough call for the ASBK management team to make, but given the significances of the global health crisis this is the right decision to be made. We choose to make this decision now rather than the day before the race.”

MA confirmed earlier this week that all national event sare under review through to June. Today it was revealed the Supercars round in Perth, which was set to host ASBK, has been postponed – MA is yet to address the fourth round of the series.