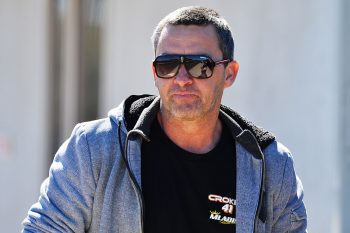 Former Australian and multiple American Superbike champion Mat Mladin is currently on bail after being arrested upon the accusations of child sex offences.

Mladin, who won seven AMA titles prior to retiring as champion at the conclusion of 2009, currently fields a team in the Australian Superbike Championship (ASBK).

According to a report on The Daily Telegraph website via local newspaper Macarthur Chronicle, the 48-year-old from near Camden has been accused of four sex offences, some of which are reported to involve a child under the age of 10.

The report states that Mladin was arrested by the Child Abuse Squad on 13 March before spending a fortnight in jail and then appearing in Campbelltown Local Court by video-link on Wednesday.

Mladin has been granted bail on a $50,000 surety, as well as additional strict conditions. It is understood that he and his legal team will be fighting the allegations when court resumes in the coming months.

In addition to his lucrative Superbike career that saw him largely dominant at his peak in the United States, Mladin also spent a single season in the 500GP World Championship with Cagiva in 1993. Mladin was inducted into the Australian Motor Sport Hall of Fame during 2018.