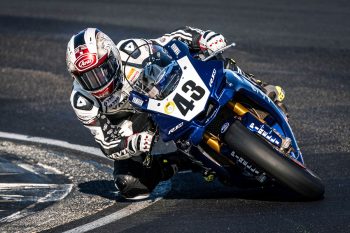 “I’ve never had a win or title like this before,” he commented. “Normally I’d be up on the top step of the podium with the crowd cheering – it feels a bit weird. I’m excited, but can’t celebrate it with anyone yet. I’m lucky that I was in the best seat in the house after Hampton Downs.

“Massive thanks to the team. Last year I didn’t think it could get too much better in terms of a ride in New Zealand, but with Josh and Amy [Coppins] coming on board in 2020, it really ramped it up. This year, we had the team and the bike and the support and could just concentrate on the riding.”

It was Hoogenboezem’s third national title, earned in equally-spaced time frames. He won the 125cc class in 2010, then five years later in 2015 claimed the Supersport 600 trophy. Now, he’s added the top-level 2020 Superbike silverware to his cabinet.