ASBK team manager on the sport and his broader involvement with Yamaha.

Yamaha Racing Team manager John Redding has been in the motorcycle business for decades, experiencing it from many different angles as a race team manager, an importer, a distributor, parts developer and much more. He has seen the good times and the bad including the sport at its best and at its worst, but Redding is still here 40 years later and still actively involved in many projects with both racing and Yamaha. Hear from the Victorian-based businessman about his involvement during this unprecedented period in the industry. 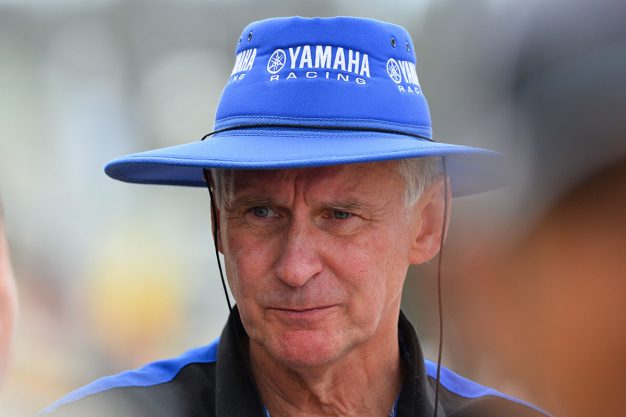 John, your main gig these days is with the Yamaha Racing Team (YRT) and Yamaha Racing Development (YRD). Can you explain what each of these do and your role within them?

YRT is basically the Yamaha Superbike race team here in Australia and involves pretty much everything that comes from the Queensland workshop and Kevin Marshall. This includes the riders, the mechanics and chasing the Superbike championship. It’s been running under its current structure since 2004 and it’s the team’s job to fly the Yamaha flag in the Superbike category on the Yamaha YZF-R1M. YRD is a little more complex and broken into two divisions. YRD was started as Yamaha Re-Manufacturing Division in 1994 when Steven Cotterell approached me about value-adding to the Yamaha product to suit Australian rules or specifications. Current examples of that would be fitting the performance kits to the YZ125 and YZ250 before they go to dealers, producing the ADR kits for the WR range or the Off-Road Kit to the FX models. This continues to be successful and gives Yamaha customers in Australia a unique opportunity to have their Yamaha products purpose-built for our conditions. Yamaha Racing Development covers all things racing that aren’t YRT. While predominantly it’s centred around road racing and assisting Yamaha riders in the Oceania Junior Cup (OJC), 300cc and 600cc categories, as well as privateers in Superbikes, we do assist in the motocross and off-road world. In road racing, YRD assists selected riders with motorcycle and parts purchasing, garaging, technical assistance and a range of other initiatives in the 300cc and 600cc classes. We also have a significant involvement in the OJC, with the assembly of the all bikes raced at these events and supplying the transport vehicle for no cost, as well processing of the parts required by the riders and teams. It is a big undertaking by YRD and keeps us busy, but we see the benefit in our sport for it as it introduces new riders and greater exposure. On the dirt side of things, we have sponsored Yamaha junior programs, assisted the Yamalube MX team and the Active8 off-road team with heads and performance work as well. YRD is a big umbrella and keeps us on our toes.

From a racing point of view, the ASBK seems to on a good path of recent years, are you happy with the direction the series is going?

The last few years have seen a significant increase in the profile and running of the ASBK. Last year saw the Superbike championship come down to the final weekend, with five riders still in the hunt on a range of different machinery. It came down to the last lap and was a great race between two riders who desperately wanted to win. It was a fitting end to a successful series and that fact that we have been able to retain high quality riders on good teams means the direction of the series is positive as people want to be involved, so the product on the track is good. I think we now have a very good racing structure in place with the cheap and affordable entry level racing with the OJC and the 300cc Supersport – both are viable options for young riders moving into road racing and the rider support in both categories remains a positive. We are seeing new riders each year and retaining more, so the numbers at events has been strong and hopefully this trend continues.

There is now a renewed rivalry in tyres with Dunlop, Pirelli and Michelin all involved with teams and riders. Is this a direct result of the success of the ASBK?

I’m a bit of a fence-sitter when it comes to the tyre rivalry and my opinion has ebbed and flowed over the years. In the early days I was a huge fan of the tyre competitiveness, but I have also seen the benefits of having a control tyre that levelled the playing field and kept the racing tight. The fact that we have three tyre companies with an invested interest in the ASBK is good.

With the costs of racing always an issue, is there an answer to keep costs down and keep riders on the track in all forms of racing?

My personal view is that racing is expensive and road racing can be very expensive and we don’t want to see it become a sport only for the well-healed. As mentioned earlier, the introduction of the OJC and 300cc classes has been a huge success for our sport as they offer close and competitive racing on a level playing field without any huge unnecessary costs. The 600cc class probably faces the most difficult challenge at the moment, not just here, but around the world. Numbers have been down in recent years and the cost of building a 600cc can be on par to that of building a Superbike. And when a manufacturer gets involved, it escalates the cost to everyone on the start-line. Maybe some restrictions could be placed on 600cc bikes to keep the class affordable and viable, to retain it as a stepping-stone to Superbikes, otherwise it becomes and massive leap from a 300cc to a 1000cc machine. I think moving forward we don’t want to widen the gap between the haves and have-nots. Unlike other forms of motorcycling racing, the level of equipment in road racing is a major factor and I would never want to see us become a sport for the elite only – I like that a talented and hard-working rider can still make the difference. 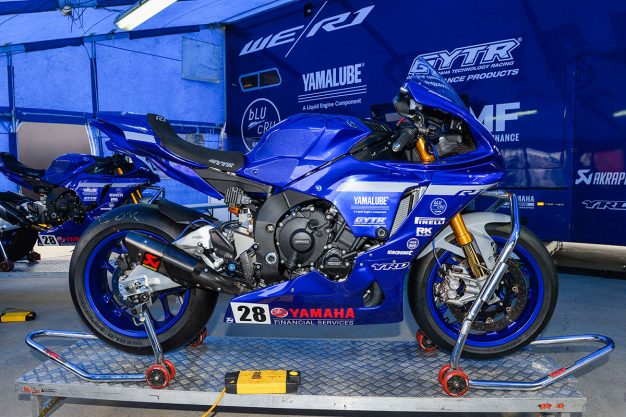 Can you give us a bit of a guide into what it takes to build a R1M into a race bike that we see on the track?

The standard YZF-R1M is raceable without any performance mods at all – it is just a matter of meeting the requirements of the rulebook in terms of what’s required for racing and the bike can slot directly into the ASBK. For us to race at our level, you are looking at the purchase price of the bike plus another 50 per cent in terms of parts and items required to run at the front of the ASBK field. Most of that money is directed at suspension and electronics and we are now investing more into brakes than we have done in the past. Then add the human hours into building and maintaining it. Regardless of our situation, it is always a focus of YRT to give the riders the best bike and equipment we have, within our means and budget. We are happy to forgo the bling and the shiny parts to use the money where it is best spent.

With one round done in the 2020 championship, how do you rate the performance of the bikes and team? Are there any major changes needed to stay at the front this season?

The 2020 YZF-R1M came with several new parts and it was a scramble to be ready for round one. So, while our bikes were good and extremely competitive, I’m sure we can improve on Phillip Island. Kevin is a tireless worker and will continue to look for performance gains and as we gather more information and knowledge about the 2020 model, I’m sure more developments will come and the bike will be improved during the year.

With the championship in limbo, what becomes the focus of your time now?

Because round one was such a rush, the break has allowed us to catch up on several important things. To get to round one, we only received the bare essentials in many parts and now I have the time to chase up what is required for the season and continuing forward. Things like race fairings, electronic packages and ECUs have only now just arrived. I will continue to share my time around both YRT and YRD as we are experiencing difficult times and we need to be agile and ready to change tact as both Yamaha and the racing world requires. It also gives the riders time to address any injuries and ensure they are 100 per cent fit when the championship starts again.