Superbike championship could potentially transition into the new year. 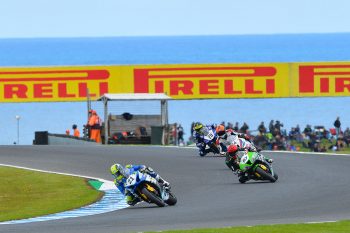 Delays to the 2020 Mi-Bike Australian Superbike Championship (ASBK) could form the basis of a push to transition into a summer series schedule as a result of the COVID-19 pandemic.

The concept of competing through summer has long been tabled for the ASBK series, most recently proposed – and vert nearly going ahead – for the 2017 season.

Only the Phillip Island opener has taken place to date this year since coronavirus has halted sport globally. In terms of ASBK, Wakefield Park and The Bend have been postponed, with Barbagallo cancelled altogether.

Next scheduled on the official series website is the Morgan Park round on August 7-9, however, the rescheduling of the Goulburn and South Australian rounds is yet to be formally announced.

Further delays could prompt an opportunity to finally transition to a summer series that would rollover into 2021, which would see the ASBK largely take place in future during the off-season of higher-profile championships nationally and overseas.

If the bulk of the ASBK championship was to move into the warmer months of the year locally, a commencement date around October would see a full championship hosted through to April in an ideal timeframe. That would see a five-month off-season take place between June-September.

Previously, announced at the Sydney Motorcycle Show in November 2015, ASBK was scheduled to switch to a summer series for season 2017 when Troy Bayliss Events (TBE) was announced to be promoters of the series in a multi-year agreement under bold ‘motoSBK’ branding. It was a deal that never did eventuate.

The 2016 season was going to be held between the traditional Phillip Island opener on the Superbike World Championship (WorldSBK) weekend, before concluding midway through June. That schedule would have enabled the 2017 series to begin that October and run into April over the next three years under TBE management.

By February those plans had dissolved, however, with MA instead confirming an extended 2016 calendar would take place into October following widespread pushback from the industry and with a new MA CEO in place. It was also revealed at that time that the 2017 summer series proposal had been shelved.

“The planned MA and Troy Bayliss Events summer series, motoSBK, will now take place within the more traditional 2017 calendar year following positive feedback from the industry,” a statement released at the time read.

Then, during July 2016 it was quietly revealed that TBE had opted not to go ahead with its planned takeover of the ASBK in 2017 due to the ‘goal posts’ being moved under revolving CEOs at the governing body. Jeremy Kahn was acting at the helm when the deal was announced late 2015, before David Cottee took charge in February 2016.

TBE, meanwhile, continues its active involvement in exhibitions as host of the Australian Motorcycle Festival and is also the promoter of multiple Australian Supercross Championship rounds. It is led by Mark Peterson in partnership with triple WorldSBK champion Troy Bayliss, who is also a part-owner of the title-winning DesmoSport Ducati ASBK team.

Current MA CEO Peter Doyle has been in place as the sport’s top administrator since Cottee’s abrupt departure during April 2016, implementing a consistent structure for the ASBK championship that has operated internally since and currently playing a vital role in navigating through the coronavirus crisis.

When contacted by CycleOnline this week and queried about the possibility of a summer series shift, Doyle didn’t rule it out, suggesting that ‘anything could be on the table’ depending on the ongoing impact caused by COVID-19 within the sport and industry.