Aim is for series to begin again in Jerez at the beginning of August. 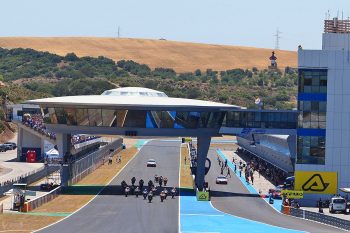 The 2020 Motul Superbike World Championship (WorldSBK) is working hard on resuming racing action for the remainder of the season, amidst the ongoing coronavirus pandemic.

The championship started in style at Phillip Island and Dorna WSBK Organization has issued an update on plans to get racing back underway.

Jerez is scheduled to mark the restart of the season on 31 July-2 August, before going to Portimao in Portugal a week later on 7-9 August. The season should then follow the provisional schedule at MotorLand Aragon on 28-30 August.

The health of everybody is at the forefront of decision making and these rounds within the Iberian Peninsula are planned to be held behind closed doors, in-line with social distancing measures and medical guidelines set by the Spanish and Portuguese governments.

Furthermore, updates have been made to the British and Dutch rounds, which have been postponed. Further updates for the end-season calendar will be communicated soon in order to further clarify the calendar situation.