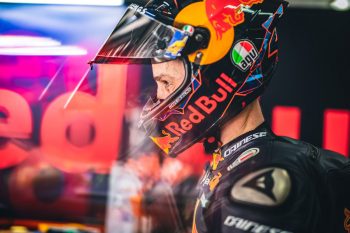 Honda Racing Corporation (HRC) has officially confirmed Pol Espargaro will join Repsol Honda for the next two seasons, as Alex Marquez has his factory contract extended in a move across to the LCR Honda team.

“As you may already know, next year KTM and I will separate our paths after what will be the four most intense and beautiful years of my life,” Espargaro announced. “Knowing that on many occasions we have had weaker weapons than the others, we have fought and persevered together overcoming all the obstacles that a project as new as this has presented us.

“In 2021 I am going to compete for HRC and I am going to try to show what I am capable of achieve with the same effort and sacrifice in a new stage of my life that promises to be even more intense. But we still have a whole season together in which, as always, I will try to be on the level that this great factory deserves! Let’s do it.”

Espargaro’s signing results in reigning Moto2 champion Alex Marquez being shifted out of the Repsol Honda team before even having the opportunity to compete in 2020, however, HRC has shown loyalty by signing him through 2022 in a long-term project involving the 24-year-old. He will replace Cal Crutchlow from next year.

“I am very proud to announce my renewal with Honda Racing Corporation,” Marquez said. “HRC gave me the opportunity to arrive in MotoGP and I am glad to join the LCR Honda Team at the end of 2020 and compete in a big team with great experience in MotoGP.

“I want to thank HRC and the LCR Honda Team for their trust in me to be able to continue in the Honda family and I will work hard to prove their confidence with results. Now, I am eager to start the season in Jerez and I am completely focused to give my best this year.”