Opening day at Jerez led by Marquez as MotoGP returns 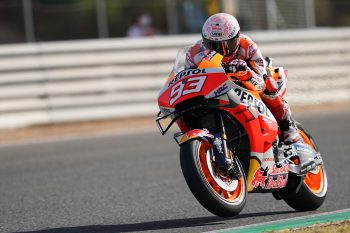 MotoGP officially returned on Friday in the Red Bull Spanish Grand Prix at Jerez, the benchmark set by Repsol Honda’s Marc Marquez in FP1 the quickest of all on day one.

The defending champion posted a 1m37.350s in the morning to lead the way – all except Fabio Quartararo (Petronas Yamaha SRT) unable to improve in the afternoon heat.

FP1 saw the action get underway as an eager Bradley Smith (Aprilia Racing Team Gresini) rolled out of pit-lane as the first MotoGP bike out in an official race weekend session this year. Meanwhile, Quartararo had to sit out the first 20 minutes of the session though, with the Frenchman given a penalty for training on ‘illegal’ machinery.

In the afternoon it was Franco Morbidelli (Petronas Yamaha SRT) who proved the man to beat in FP2, but the times were a good eight tenths slower in a sweltering afternoon. Quartararo was second in the more race similar conditions, with rookie Brad Binder (Red Bull KTM) impressing in third.

Overall though, it was Andrea Dovizioso (Ducati Team) who took fourth as the veteran Italian really cranked up the pace after a more anonymous day on the Wednesday test time-sheets, looking strong despite being on the way back from a collarbone injury, with Joan Mir (Team Suzuki Ecstar) fifth.

Johann Zarco (Reale Avintia Racing) was P11 after a solid day, ahead of Morbidelli on the combined times, with Valentino Rossi (Monster Energy Yamaha MotoGP) next up in 13th on Friday. Takaaki Nakagami (LCR Honda Idemitsu) was 14th, with Quartararo ending the day in 15th.

Despite only completing two laps in FP2 and suffering a crash at turn two, Eric Granado (Avintia Esponsorama Racing) took charge of the Enel MotoE World Cup on day one at 1m48.531s, with Dominique Aegerter (Dynavolt Intact GP) and Niccolo Canepa (LCR E-Team) inside the top three. Josh Hook (Pramac MotoE) was P13. 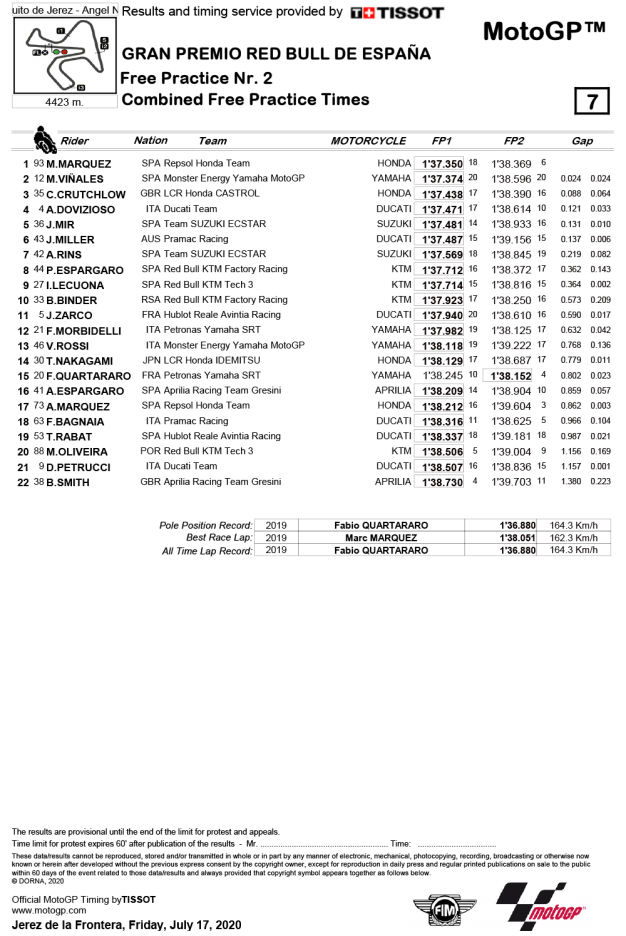 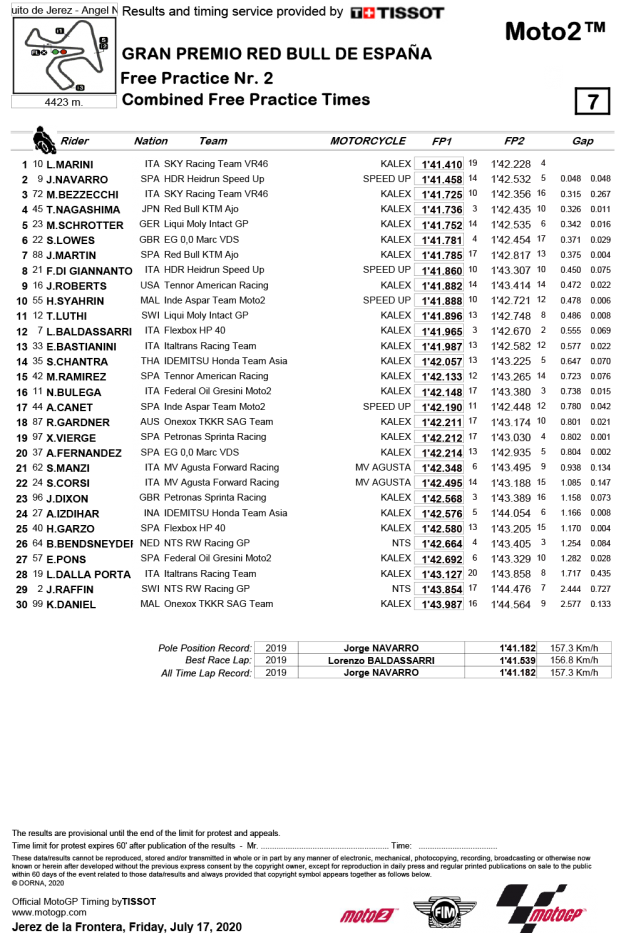 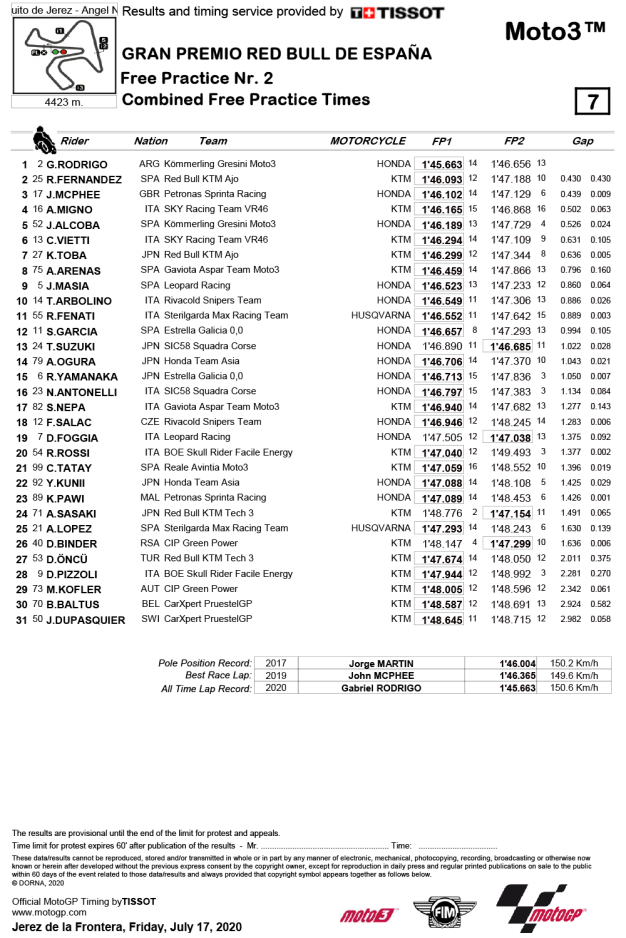 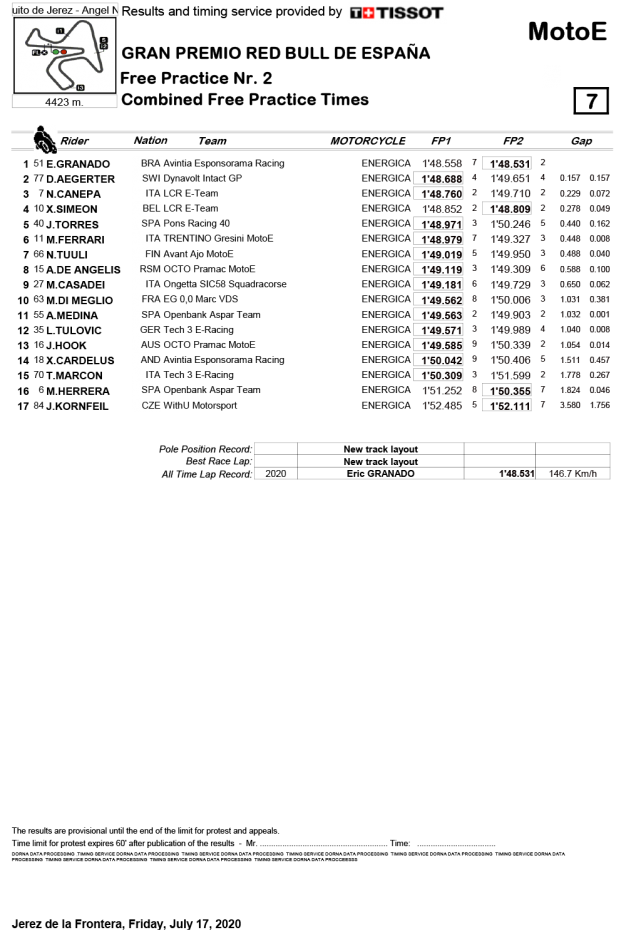