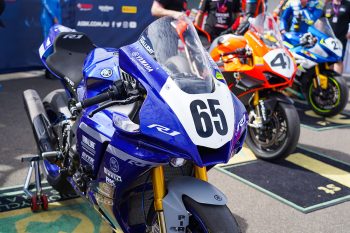 Round two of the 2020 Mi-Bike Australian Superbike Championship (ASBK) is still scheduled to go ahead in mid-September at Winton, with face masks now a requirement upon the series restart.

Following a meeting between Motorcycling Australia (MA) and the Victorian government, organisers remain committed to holding the 18-20 September event despite the current coronavirus spike in Victoria.

All personnel will be required to wear masks on-site while in the paddock area and on the grid at Winton Motor Raceway. MA will continue to monitor state border and other restrictions as a result of the ongoing COVID-19 pandemic.

“The ASBK Management Team met with Victorian government in the past 24 hours to review the status of ASBK round two at Winton Motor Raceway,” a statement from MA read.

“During this meeting, the current government restriction and legislation was discussed, including their impact on the ASBK championship and the ASBK paddock. The Victorian government representatives remain supportive of our continued planning for ASBK round two at Winton on the September 18-20 dates.

“Victorian government representatives have confirmed that all personnel on site at Winton including teams, officials, and support crews will be required to wear face masks during the event period while in the paddock area and on the grid.

“Riders will be excluded from the requirement of face masks during competition, whilst on the grid and/or during media interviews, but riders must wear face masks during any other times within the paddock area.

“ASBK remains committed to the September 18-20 dates, however this event is subject to a further review of border and state restrictions in late August. Further announcements and information will be provided to ASBK teams and riders during this period.”

The series’ recommencement at Winton was announced earlier this month as part of a renewed 2020 ASBK calendar, which is scheduled to feature a total of six rounds to be held across Victoria, New South Wales and Queensland.