Remarkable rookie Binder best of the KTMs in third overall. 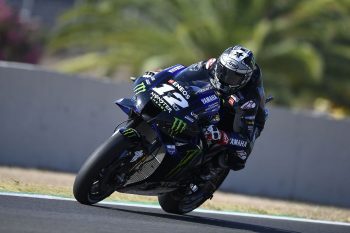 That duo topped an incredible charge from Red Bull KTM Factory Racing’s Brad Binder as the rookie completed the top three in another impressive showing.

Once again it was FP1 laps that decided the combined timesheets for many in the field and a good few familiar faces need to move forward in FP3 to make it to Q2.

With the weather as scorching as ever in southern Spain and looking unlikely to change overnight, however, there is plenty time for the field to fight back to get into Q2, including Spanish GP winner Fabio Quartararo (Petronas Yamaha SRT) as the Frenchman ended the day outside the top 10 once again.

Rossi had a less dramatic day as ‘The Doctor’ was back near the top of the time-sheets from his FP1 time and remained within a couple of tenths of teammate Vinales in FP2 – something that could bode well after a podium for the latter last week.

Franco Morbidelli (Petronas Yamaha SRT) was behind the nine-time world champion on combined times too as the number 21 took P4 overall, ending the day as top Independent Team rider. Then came the rest of the KTMs, as Binder’s teammate Pol Espargaro, despite a tip off, was fifth fastest on Friday.

Marc Marquez (Repsol Honda Team) did not ride on Friday, his plan is to return to action on Saturday, while Cal Crutchlow (LCR Honda Castrol) and Alex Rins (Team Suzuki Ecstar) did, ending the day in P20 and P21 respectively as they evaluate their respective conditions.

The Moto2 top three were split by less than a tenth of a second, with Marco Bezzecchi (Sky Racing Team VR46) taking the spoils ahead of championship leader Tetsuta Nagashima (Red Bull KTM Ajo) and Jorge Navarro (Beta Tools Speed Up), who was just 0.065s off the top. SAG Racing’s Remy Gardner was P20.

It was Raul Fernandez (Red Bull KTM Ajo) who topped the time-sheets in Moto3 followed by Tatsuki Suzuki (SIC58 Squadra Corse), who was second fastest, and Filip Salac (Rivacold Snipers Team) within a tenth of the Japanese rider to complete the top three. 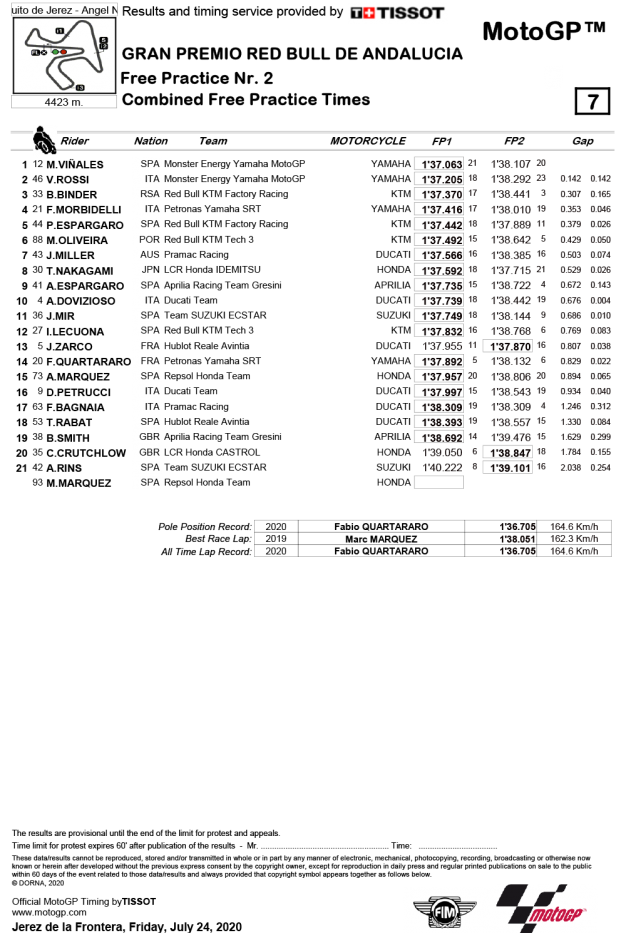 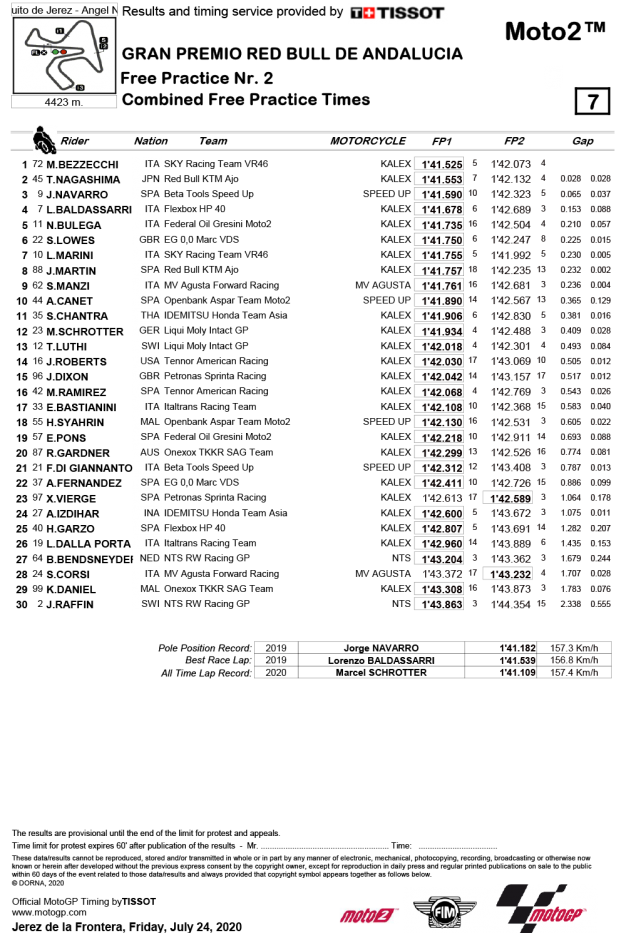 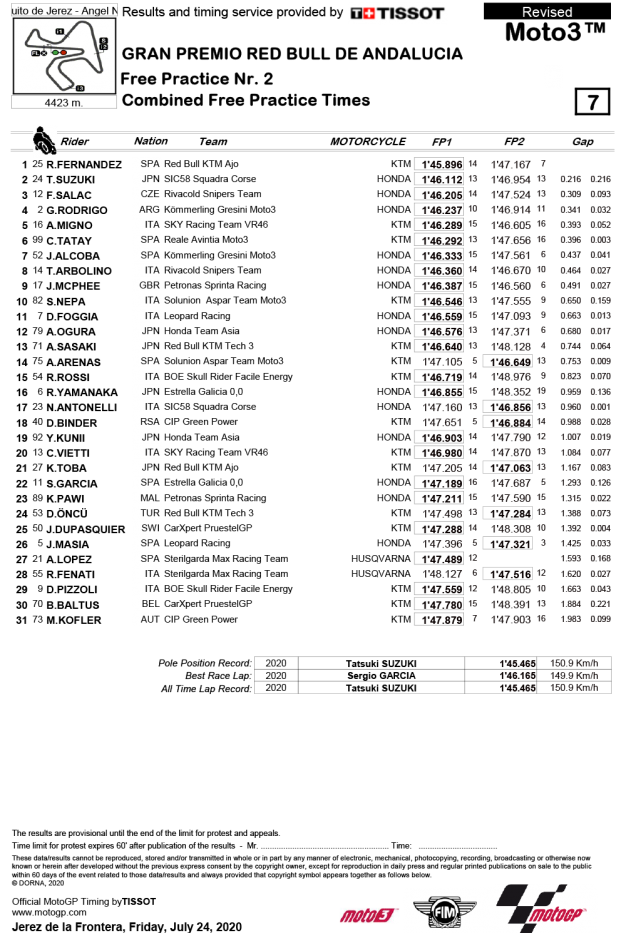 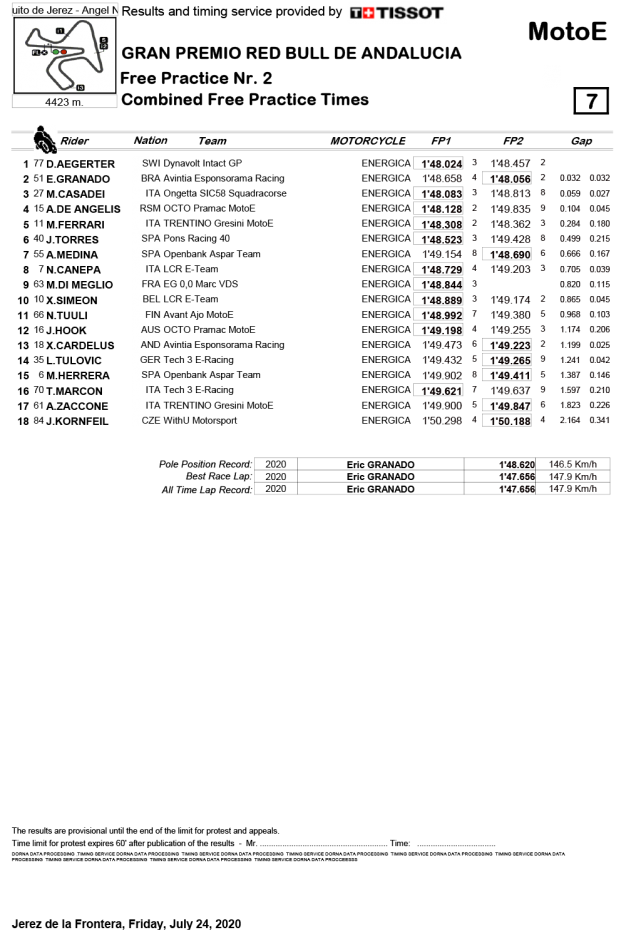