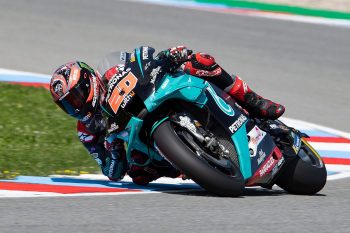 Petronas Yamaha SRT’s Fabio Quartararo was fastest in practice at the Monster Energy Grand Prix of Czech Republic on Friday, leading teammate Franco Morbidelli in a 1-2 for the Independent team.

There were no less than four satellite team bikes at the top of the charts, with Quartararo, Morbidelli, Oliveira and Johann Zarco (Esponsorama Racing) were the top four, from top factory rider Maverick Vinales (Monster Energy Yamaha MotoGP) in fifth position.

Pol Espargaro (Red Bull KTM Factory Racing) was the man in charge for much of FP1, but the glory went the way of Takaaki Nakagami (LCR Honda Idemitsu) at the end of the session after a late charge put him on top. Behind him was Joan Mir (Team Suzuki Ecstar).

In FP2, despite the hotter temperatures, the top 14 improved in the afternoon and Quartararo reversed his Friday trend from Jerez – where he finished both first days outside the top 10 – as the end of the session became a hot lap shootout and the Frenchman came out on top.

Mir was sixth in FP2 and overall following a late shuffle, ahead of a big leap forward for Aprilia Racing Team Gresini’s Aleix Espargaro as he knocked seven tenths off his morning best to end the day in P7 and just get the better of brother Pol Espargaro.

Nakagami was ninth on the combined time-sheets, ahead of Jack Miller (Pramac Racing) as the Australian rounded out the top 10 overall. That left Brad Binder (Red Bull KTM) in 11th, Valentino Rossi (Monster Energy Yamaha MotoGP) just behind him and Andrea Dovizioso down in P15.

Alex Marquez (Repsol Honda Team) had the sole incident in FP2, the Spanish rookie seemingly suffering a technical problem and pulling over early in the session before scootering back to the pits.

Pramac Racing’s Francesco Bagnaia crashed in FP1 and has been declared unfit. The Italian headed to the medical centre and then Brno University hospital for check-ups on his right knee and has been diagnosed with a fracture at the top of his tibia.

The Moto3 field was led by Gabriel Rodrigo (Kömmerling Gresini Moto3) with a 2m08.612s in FP1, as most of those currently set to go straight into Q2 set their quickest efforts in the morning including Red Bull KTM Ajo duo Kaito Toba and Raul Fernandez as they completed the top three. 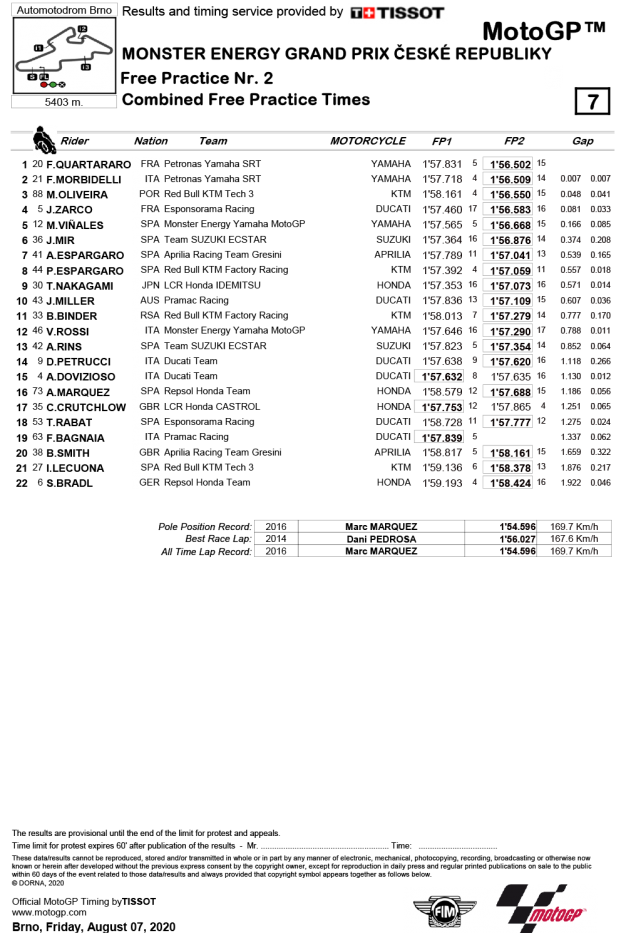 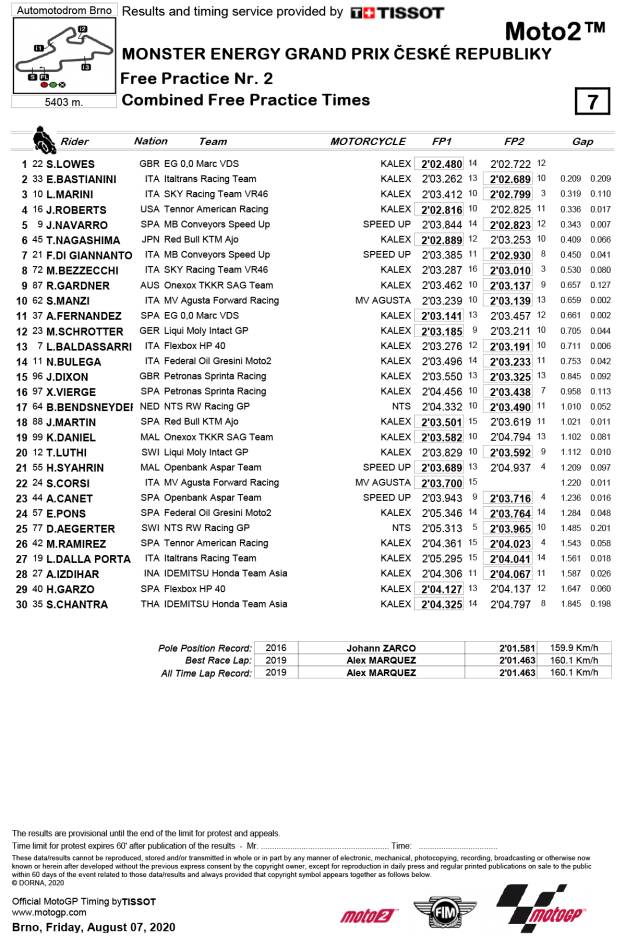 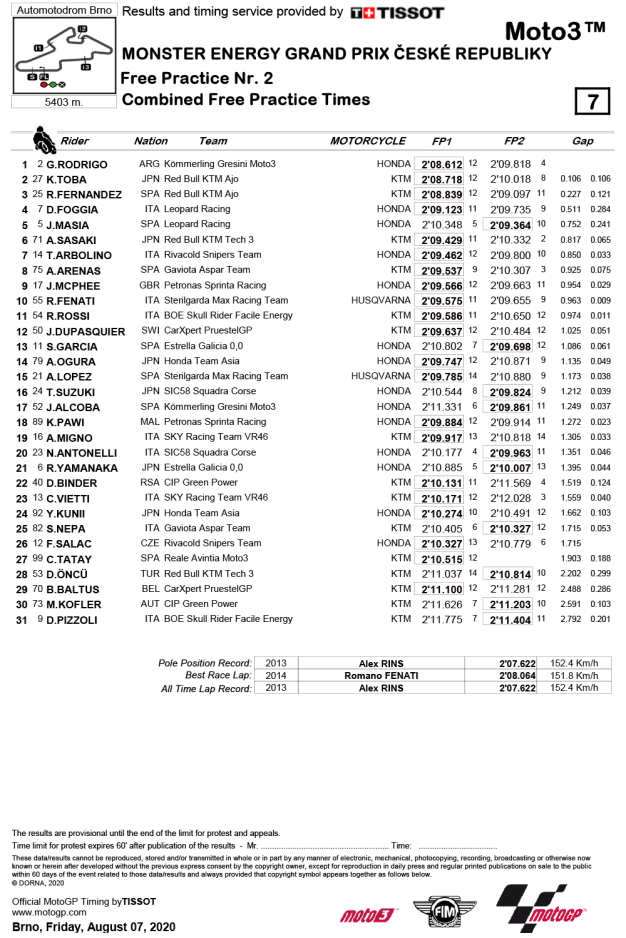