Miller to start out of 14th after being unable to reach Q2 in qualifying. 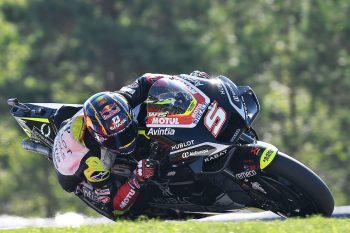 Frenchman Johann Zarco has claimed a spectacular MotoGP pole position at Brno with Esponsorama Racing aboard his satellite Ducati GP19.

Zarco will lead countryman Fabio Quartararo away on Sunday after recording a 1m55.687s in Q2, with second of the Petronas Yamaha SRTs, Franco Morbidelli, completing the front row.

Aleix Espargaro (Aprilia Racing Team Gresini) equalled Aprilia’s best qualifying in MotoGP with fourth position on the grid, while behind him was Maverick Vinales (Monster Energy Yamaha) in P5.

Next was the pair of Red Bull KTMs with Pol Espargaro and Brad Binder sixth and seventh, however, it could have been a front row for the former if he didn’t have his best lap cancelled.

There were some serious headlines further down the field too, as 2018 winner and last year’s runner-up Andrea Dovizioso (Ducati Team) starts 18th after his worst ever premier class qualifying.

Red Bull KTM Ajo’s Raul Fernandez was the main man to benefit from some Moto3 drama, as the Spaniard’s only flying lap of the session proved good enough to clinch a debut pole position, as many others missed their chance.

Fernandez will be joined on the front row by Gabriel Rodrigo (Kommerling Gresini Moto3) and SIC58 Squadra Corse’s Tatsuki Suzuki, who lost his perfect pole record in 2020 on Saturday. 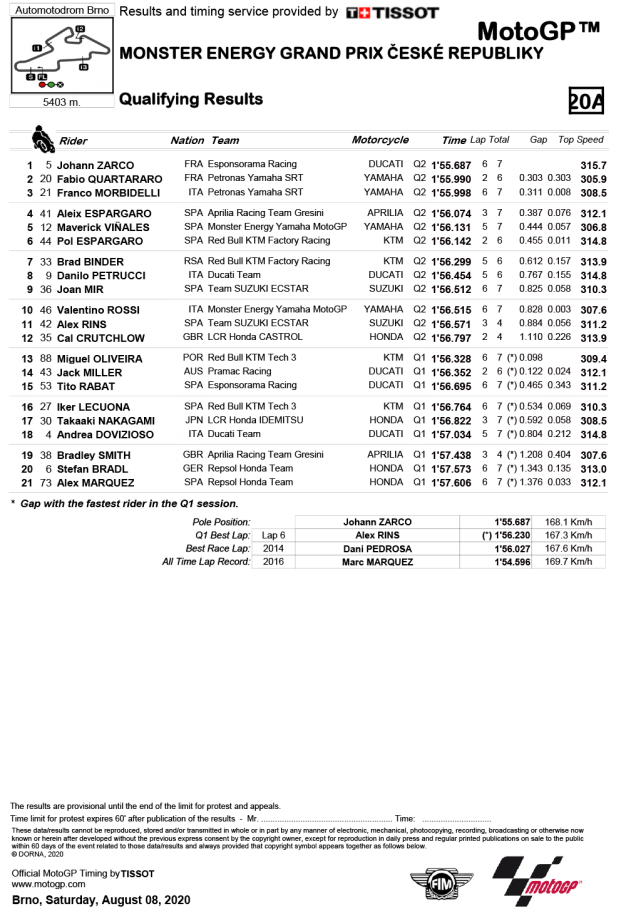 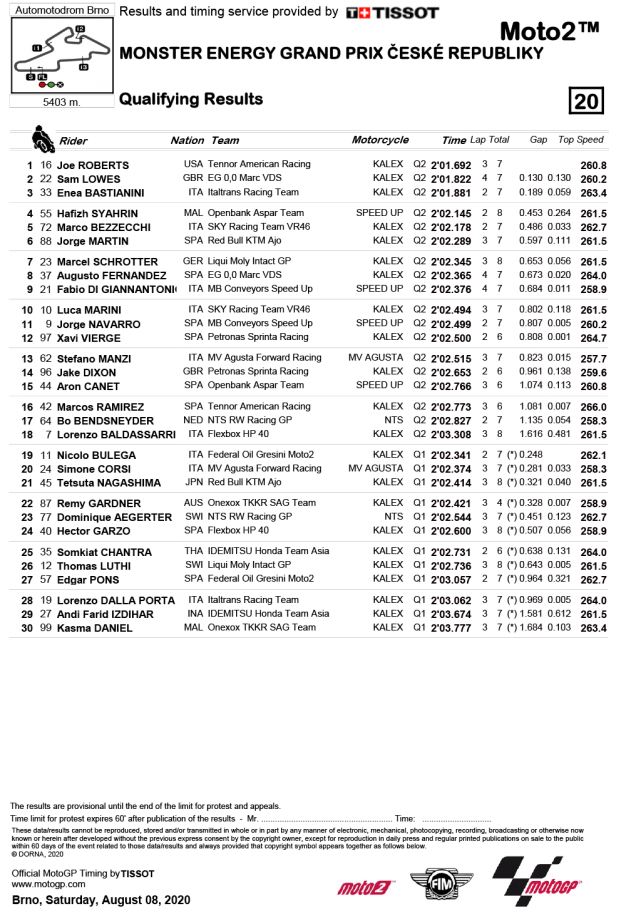 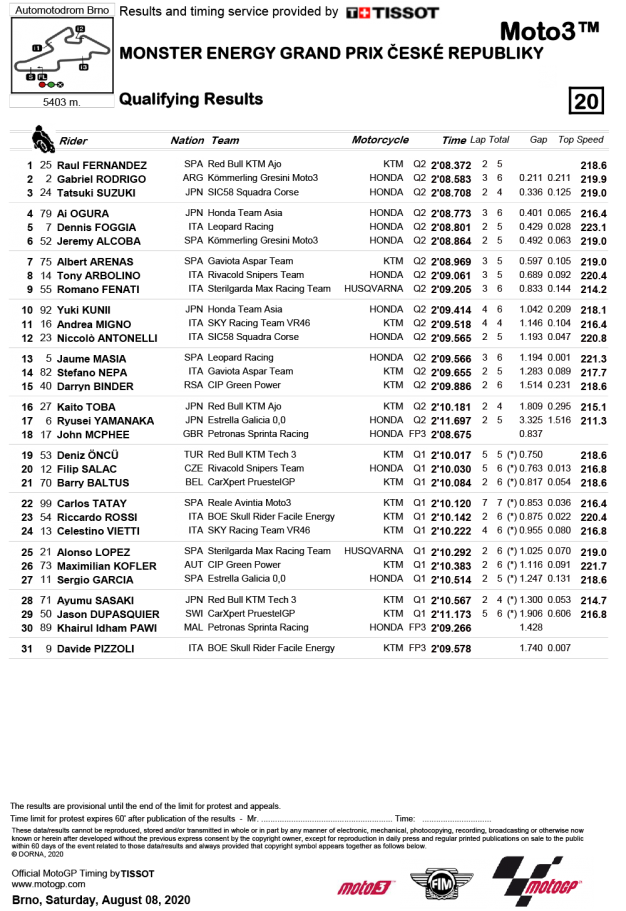