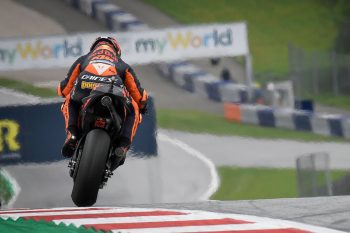 Red Bull KTM Factory Racing’s Pol Espargaro put the disappointment of Brno behind him to be fastest in a rain-affected Friday practice at the myWorld Motorrad Grand Prix of Austria.

Espargaro led most of the dry FP1 and posted a 1m56.502s, putting him just 0.044s ahead of two-time Red Bull Ring winner Andrea Dovizioso (Ducati Team).

In the continued absence of Marc Marquez, Takaaki Nakagami (LCR Honda Idemitsu) led the Honda charge and rounded out the top three. Alex Rins (Team Suzuki Ecstar) showed strong pace to finish fourth in the session, with all riders posting their fastest times in FP1.

Fifth place, and crucially, the first Yamaha, was Franco Morbidelli (Petronas Yamaha SRT) which made it five different manufacturers in the top five. Behind him in sixth was the first Ducati satellite rider Johan Zarco (Esponsorama Racing) with Miguel Oliveira (Red Bull KTM Tech 3) in seventh.

Australian Jack Miller (Pramac Racing) put his Ducati in eighth, but also had the distinction of setting the fastest time in FP2 on a drying track. Lap times were several seconds slower in the second session, so FP1 results will take on extra importance with rain predicted for FP3 tomorrow and possibly the race on Sunday.

Joan Mir (Team Suzuki Ecstar) and championship leader Fabio Quartararo (Petronas Yamaha SRT) were ninth and 10th respectively. Most riders were able to go out on slicks in the second session but the track had not dried enough for an attack on times.

Other big names outside the top 10 that will have to work hard to make the cut for Q1 include the factory Yamaha pair of Maverick Vinales and Valentino Rossi (Monster Energy Yamaha MotoGP). They sit 11th and 13th with the second factory Ducati of Danilo Petrucci in between them in 12th.

The Red Bull Ring at Spielberg is one of the fastest circuits on the MotoGP calendar and also the home race for the KTM team, but Brno victor Brad Binder could only manage 16th place and will also be hoping for dry conditions tomorrow. 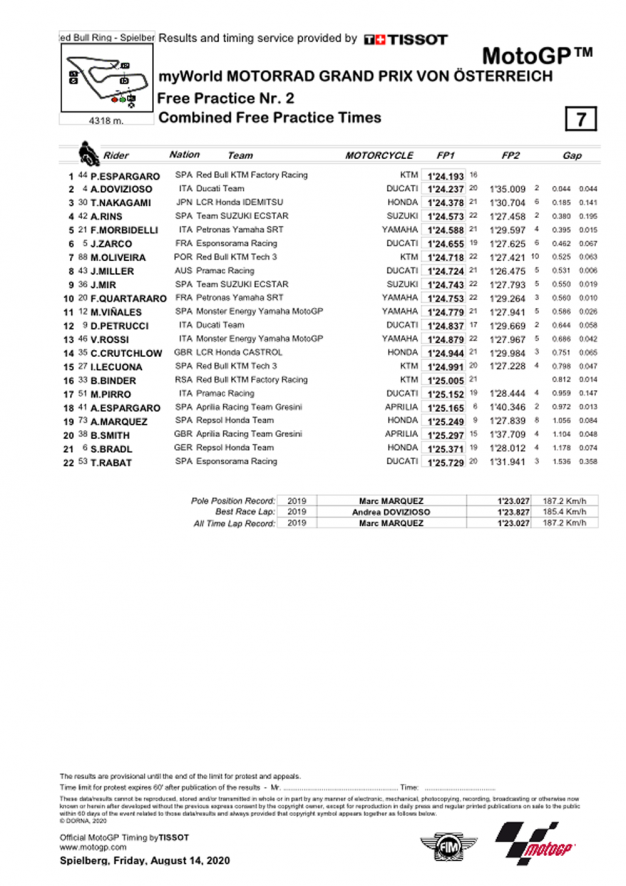 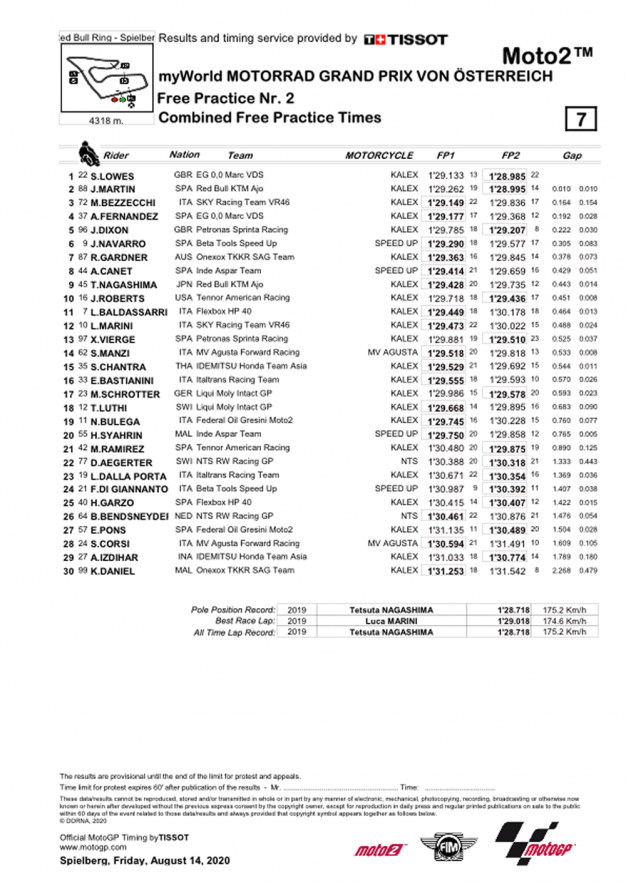 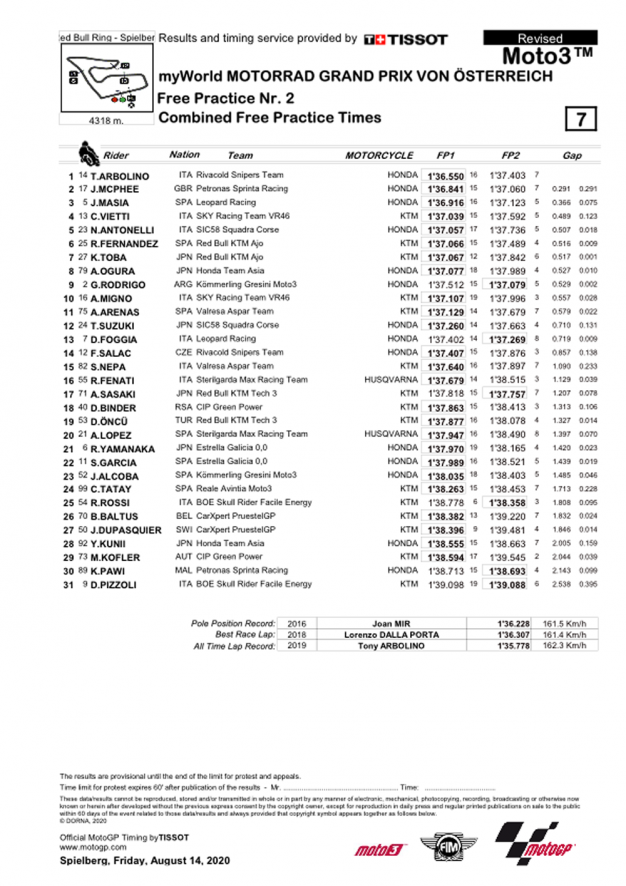