Vinales takes pole in Austria after late challenge from Miller 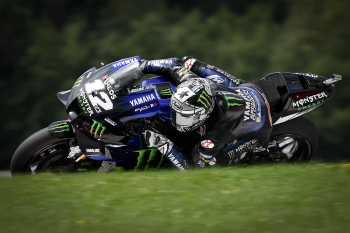 After a lacklustre performance in Friday practice Monster Energy Yamaha’s Maverick Vinales has surged to pole position at the myWorld Motorrad Grand Prix of Austria.

Vinales survived a late challenge from Australian Jack Miller (Pramac Racing) with the leading times being set within the final minute of qualifying.

Championship leader Fabio Quartararo (Petronas Yamaha SRT) will complete the front row, while lining up at the head of the second row is Andrea Dovizioso (Ducati Team), who only minutes earlier had sensationally announced he will be parting ways with the factory Ducati outfit at the end of the 2020 season.

The Ducati pair will have history on their side as the Italian manufacturer has won every race at the Red Bull Ring since it’s return to the MotoGP calendar in 2016.

After taking his maiden podium at Brno last week, Franco Morbidelli (Petronas Yamaha SRT)  will start Sunday’s race from the head of the third row, beside the second Suzuki of Alex Rins. Johan Zarco (Esponsorama Racing) will complete the third row with Takaaki Nakagami (LCR Honda Indemitsu) rounding out the top ten. In what was an incredibly tight qualifying, the first four rows were covered by a mere half a second.

In Moto2, Remy Gardner (Onexox TKKR SAG Team) has made a stunning return to form to seal his second pole position in the category and steal the all-time Moto2 lap record at the Red Bull Ring in the process. The Australian will be joined on the front row by Jorge Martin (Red Bull KTM Ajo) and Marcel Schrotter (Liqui Moly Intact GP). 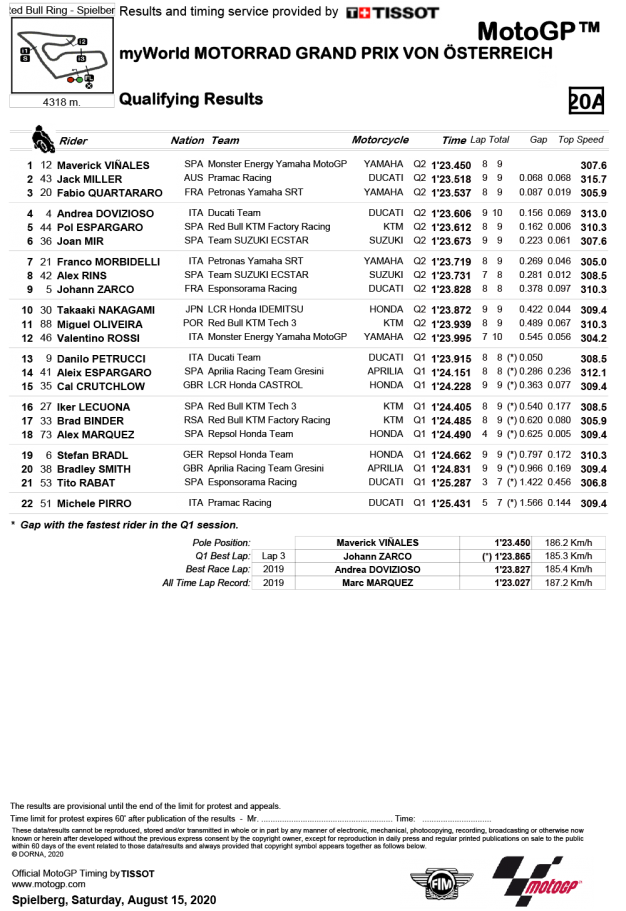 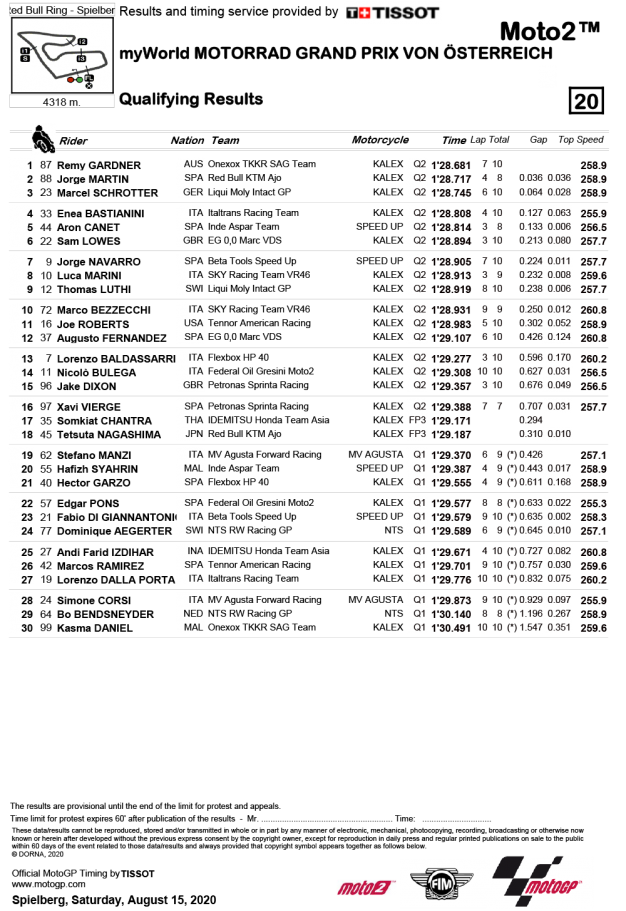 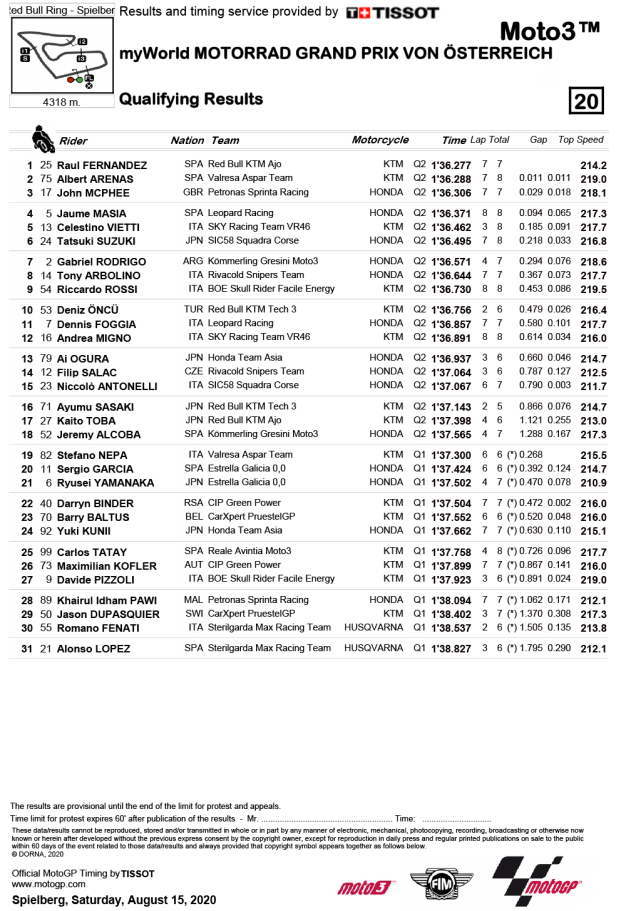