Australia's Miller and Dovizioso poised to strike in second and third positions. 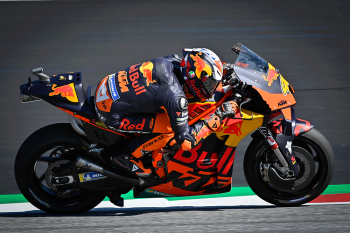 Red Bull KTM Factory Racing’s Pol Espargaro has rebounded from another contentious race result last weekend to top free practice at the Grand Prix of Styria, the second leg of the MotoGP double header in Austria.

Espargaro laid down his fastest time in the afternoon session while Jack Miller (Pramac Racing) topped the morning, making him second on combined times and 0.221s behind.

Andrea Dovizioso (Ducati Team) was a mere 0.004s behind Miller, once again with a time set in the morning session.

This race is the second Austrian encounter in a double-header to be held at the Red Bull Ringg, Speilberg. It was revealed yesterday that injured Frenchman Johann Zarco will start from pit-lane if he takes the track this weekend in Austria after undergoing scaphoid surgery on Wednesday. The penalty is sanction for his high-speed clash with Franco Morbidelli (Petronas Yamaha SRT) that caused last weekend’s chaos and was confirmed this morning.

In the Red Bull Rookies Cup, Australian Billy Van Eerde has qualified on the third row this week, a much-improved result after starting last week’s race from 20th position. On pole after his victory double last weekend is Spanish 16-year-old Pedro Acosta. The top ten were covered by a second with Daniel and David Muñoz second and third.

Australian Van Eerde, a podium finisher at last year’s event, fought to a 15-7 result last weekend to salvage 10 points, leaving him 11th in the standings. 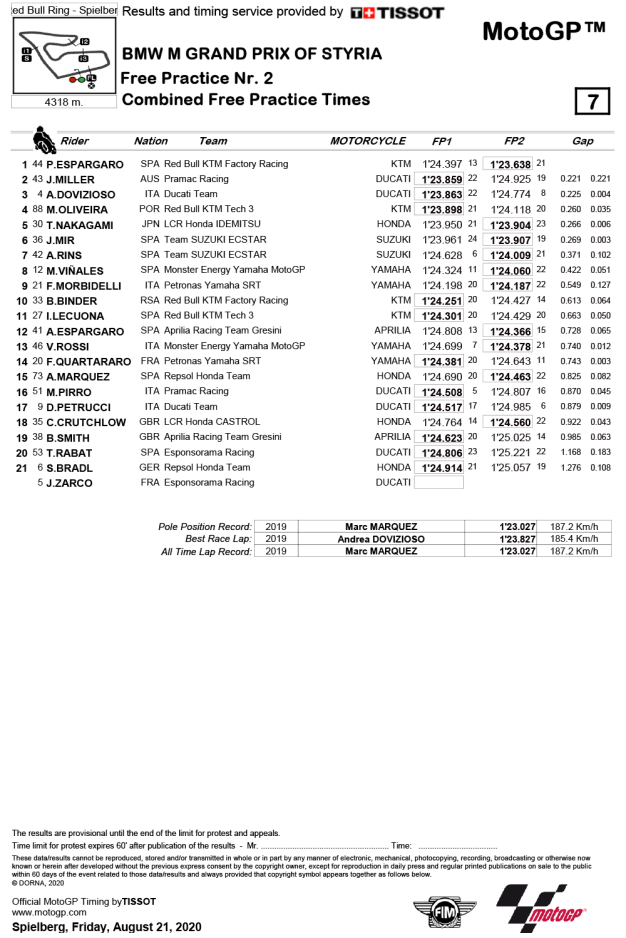 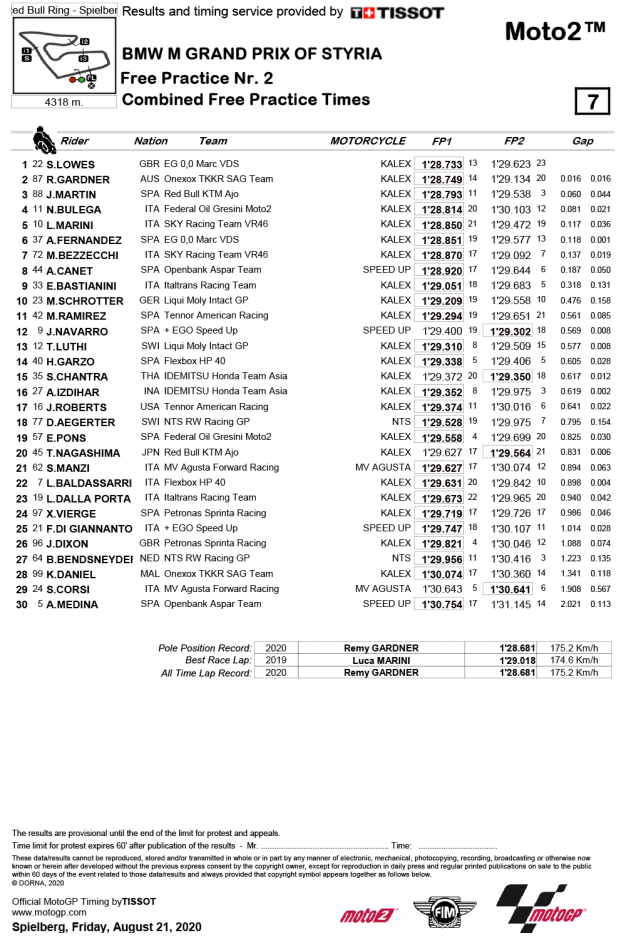 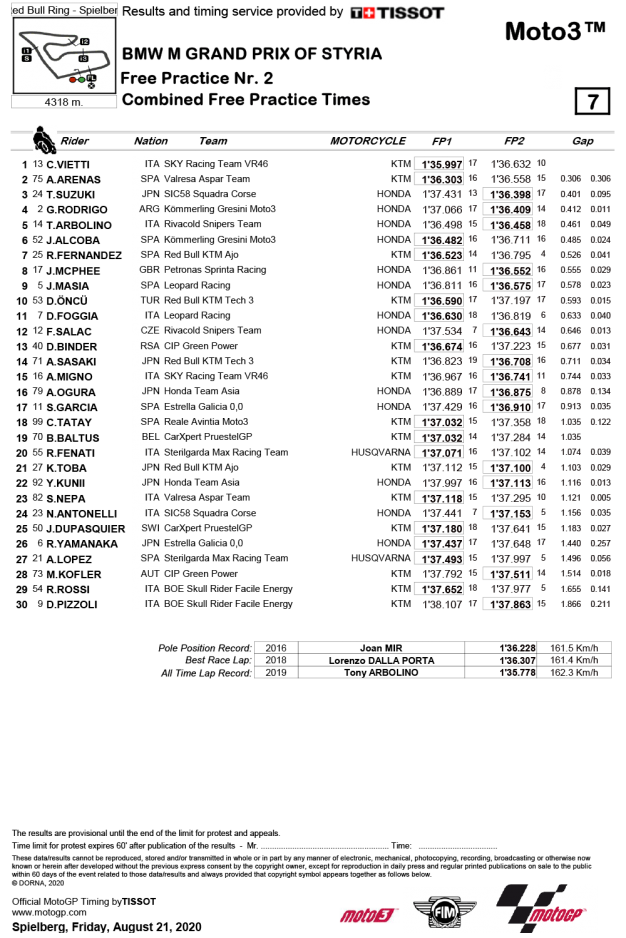 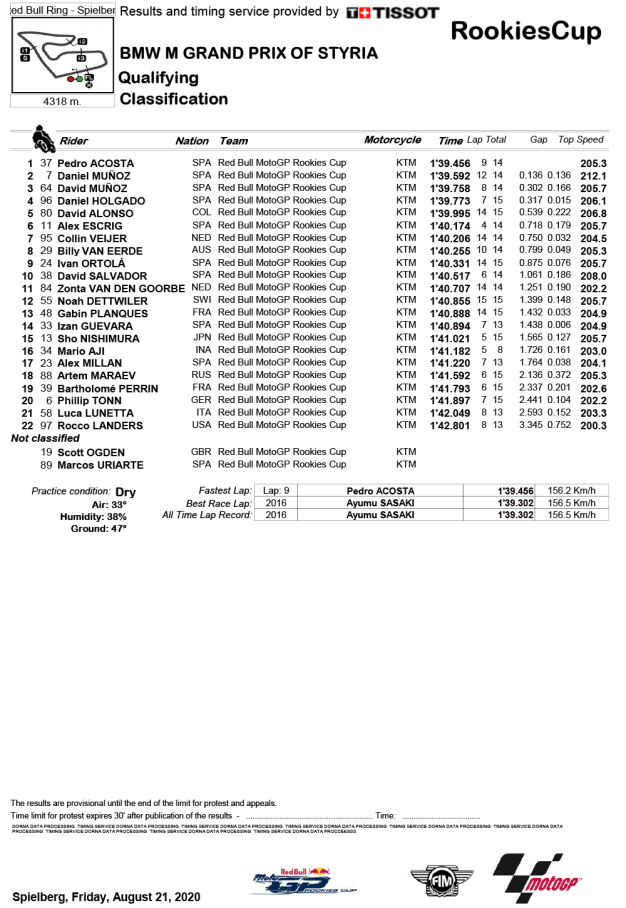