First BSB win of the season for Brookes at Snetterton 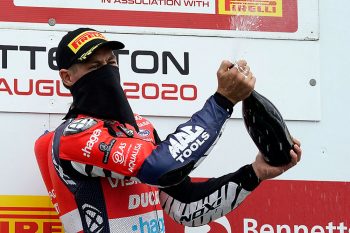 Iddon won his first-career BSB race on Saturday ahead of Brookes and Tommy Bridewell (Oxford Products Racing Ducati), before Brookes took the spoils in Sunday’s opening race from Glenn Irwin and Bridewell.

“We’ve been through a lot of changes over the weekend – what an emotional rollercoaster,” Brookes admitted. “In race one today, my settings were closer to where they should be, but not perfect. I was obviously happy to win, which was a positive, but the last race was very frustrating and my position was less than satisfying.

The bike didn’t seem to work as well, so I’m just disappointed and frustrated as I wasn’t able to control the race. We still have to work and make improvements, but to take a second and first place is a strange feeling to be disappointed with. We will come back stronger.”

That final race was won by Glenn Irwin – claiming the Monster Energy Race of Aces trophy in the process – over Bridewell and Iddon, with Brookes further down the order in P5. He’s now fourth in the championship standings.

Of the other Australians, Jason O’Halloran (McAms Yamaha) went 10-8-7 for the weekend, while in Supersport Ben Currie (Kawasaki) was sixth in Saturday’s sprint race, but was a non-finisher on Sunday. 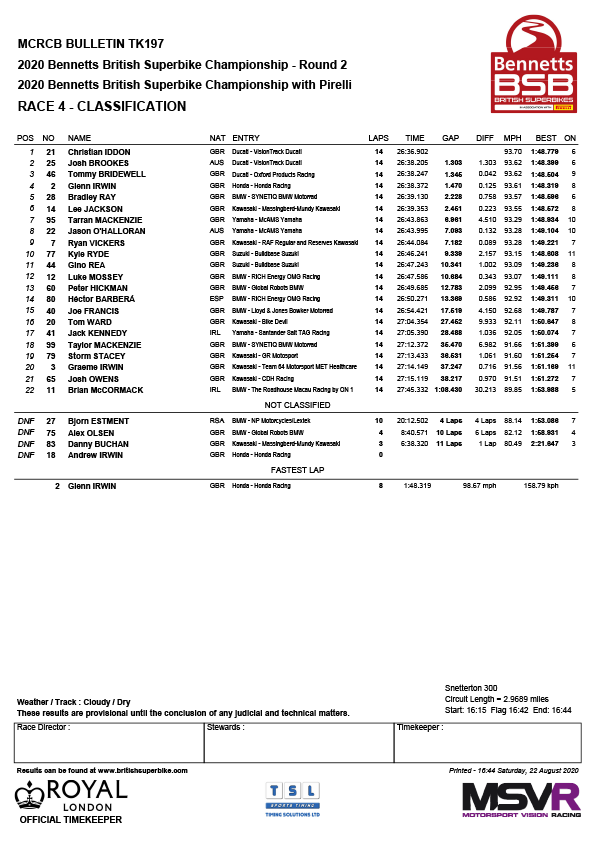 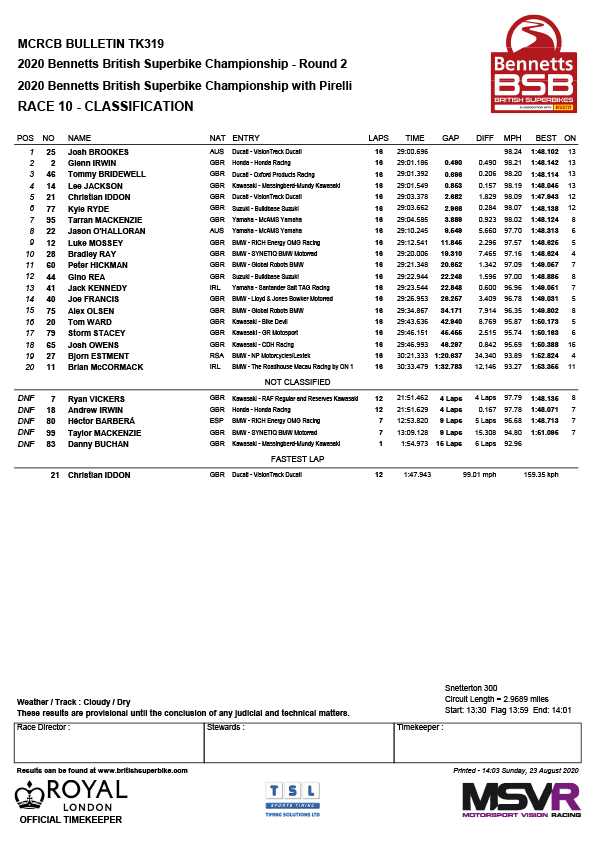 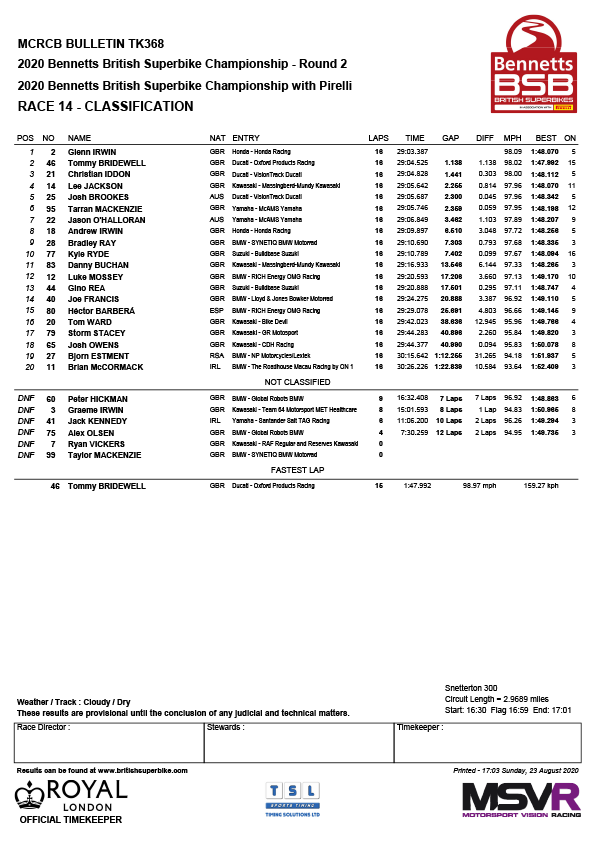