Kiwi on his move to BSB in the National Superstock 1000 category.

After spending the last few years riding in the Australian Superbike Championship (ASBK) series, Kiwi Damon Rees chose to move to the UK for 2020 so he could have a crack at the British National Superstock 1000 Championship with Astro JJR Racing aboard a BMW… and then COVID-19 hit. The last six months has been a rollercoaster Rees, but on-track now with events held at Dongington Park and Snetterton, he has made a strong start and currently sits third in the championship standings following two rounds. CycleOnline spoke to him about his UK experience so far. 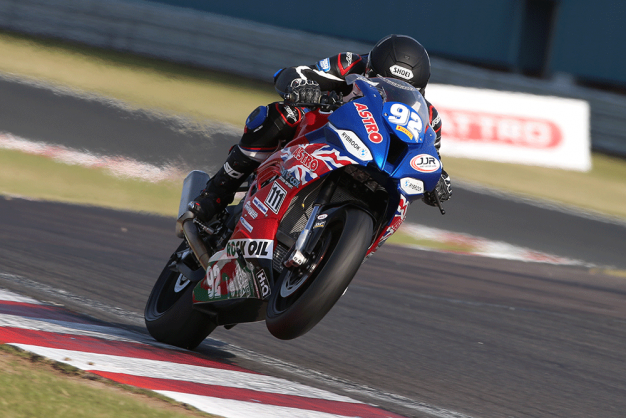 Firstly Damon, congrats on hitting the podium in the first round – we know the Superstock class is insanely tough in BSB. How did the opportunity to race in the UK come about?


My teammate Shane [Richardson], he’s a Kiwi as well and at the end of last year he said he thought the team were looking at getting a second rider. So I told him I’d put my hand up, but it was just a pipe dream. I didn’t think anything would really come of it, but it snowballed from there. Stuart [Tromans], the team owner, contacted me, so I contacted Carl Cox and he is the major driving force in being able to afford this ride. I was very fortunate that Carl put a lot of faith and trust in me, he’s the main reason I’m here.

It must have been challenging leaving NZ right before COVID-19 took hold?

COVID-19 isn’t going away unless they find some sort of a vaccine, so we just have to do all the right things, take all the right precautions and live a normal life. We came over here on the 24th of February, so we came over with three weeks of somewhat normal English life, but we had to find somewhere to live. We scored an apartment three days before the country went into lockdown, so we were lucky. I was speaking to Richard Cooper before I came over here and he put me into contact with the guys at Royal Enfield, so I had an interview with them right before lockdown. We had some savings and we had sold everything we could possibly sell to keep a roof over our head, but now I’m a test rider for Royal Enfield during the week, so it’s worked out well.

What sort of effect did lockdown have on your motivation for racing?

Lockdown gave me the chance to have three months of training, diet and commitment, just getting used to living here in the UK. I’ve always been okay for fitness, but my girlfriend is actually training to be a personal trainer while we’re here. I’m basically her test dummy and she puts me through my paces and whips my butt! The number one thing was really sharpening up my diet, I’ve never been one to be totally strict, I’ll have a few sweets or hot chips here and there. I know you can’t erase all that completely because it just makes you miserable, but we did sharpen up – less meat and a healthier style of living. I couldn’t tell you how much weight I’ve gained or lost, I just know I feel much healthier than I’ve ever been. 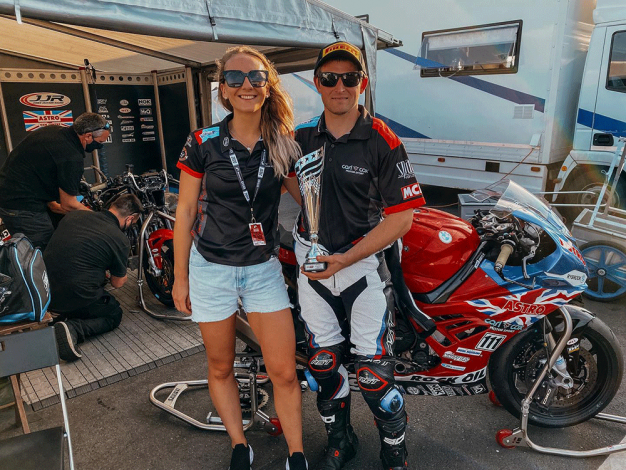 Can you make any sort of comparison between ASBK and BSB yet?

The massive thing I’ve found with BSB and, in particular this class, is a lot of the guys are restricted with testing. The reason I always felt on the back foot in ASBK is because if there was a test prior to a round, we could never afford to go over and do it, so we’d be two days behind before we even turned a wheel. Here, everyone is at a similar level – you can sneeze and you’re four positions back. To qualify fourth at Donnington, if they had of taken my second-best lap I would have been back on the third row with not even a tenth of a second difference. In Australia, there are bigger gaps between riders, because for example, the factory guys have more budget for testing or for tyres or suspension set-up. Here, everyone is so similar and on a level playing field it just makes the racing so much harder, so you’ve got to bring your ‘A-game’, that’s for sure.

Donnington was very similar to Phillip Island for me where you carry a lot of corner speed and a lot of momentum. We went to Snetterton which has a lot of open sections, but also some tighter bits – maybe Darwin would compare to Snetterton. The only other track we’ve been to is Cadwell Park and as everyone knows, there is no race track on this planet like Cadwell Park!

Your family has had a long association with Honda, but here you’re riding a BMW S 1000 RR. How has the adaptation worked out?

The BMW wasn’t hard to adapt to because I’d been so long off any sort of race bike. When I finally got on it, yes it felt foreign, but I think anything would have felt weird at that point because we were in a different country on new tracks. The massive difference I find with this BMW is the electronic package and the chassis are so good – it’s such a stable motorbike and it gives you a lot of confidence when you find that sweet spot. The throttle is really smooth on the BMW – the split throttle bodies are a big advantage – they sound like a Ninja 400 coming off a turn because it shuts off the two internal cylinders and the outer two are what fire off a turn.

In hindsight, did it feel daunting making the commitment to leave New Zealand?

I look at it like this… I’m spending all this money, spending sponsors money to make this happen, so it’d be totally wrong for me not to commit 100 percent. If I just came over and did the same old, same old, I’d never get any better. We decided that if we’re going to commit this much, then we’re going to put everything on the line. It showed in the races, fitness-wise. I felt strong considering I hadn’t been able to do much riding in the time off. It definitely paid off and the suffering was worth it.