Further sanction from FIM due to racing in Brazil while being suspended. 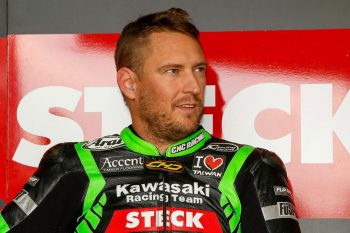 The suspension of Anthony West has been extended by six months due to the Queenslander participating in multiple rounds of the Brazilian Superbike Championship last year.

In the framework of a decision rendered by the FIM International Disciplinary Court (CDI) on 28 January 2019, Mr Anthony West was sanctioned with a period of ineligibility of two years running from 17 January 2019 until 14th September 2020. (i.e Mr. West was tested positive for a prohibited substance under the heading ‘S6 Stimulants’ of the list of prohibited substances of the FIM Anti-Doping Code).

Accordingly, and pursuant to article 10.12.1 CAD, Mr West was banned from participating in any capacity in any competition or activity during the period of ineligibility decided by the CDI.

An appeal against this decision may be lodged before the Court for Arbitration for Sport within 21 days. Under the World Anti-Doping Code and the FIM Anti-Doping Code, the FIM is unable to provide any additional information at this time.

West has publicly labelled the FIM corrupt during his troubled times (that post since deleted from social media), choosing to compete in Brazil since that series isn’t affiliated with the FIM and then announcing last June that he was quitting the sport.