BMW to retain Sykes alongside Van der Mark in WorldSBK 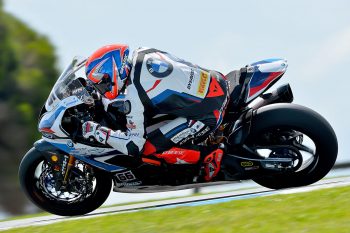 Sykes, who won the crown with Kawasaki in 2013, will be aboard the factory S 1000 RR for a third-straight season after first teaming up with the German manufacturer for 2019.

“Tom has been part of our WorldSBK team from the very start and is an important pillar of this project,” said Marc Bongers, BMW Motorrad Motorsport director. “We are pleased to be able to continue along the common path in 2021, which we embarked upon with the first tests back in December 2018.

“This gives us continuity, which is very important for the successful development of a project. We have already achieved a lot together, and the goal is now to definitively close the gap to the front-runners. Tom’s extensive knowledge of the BMW S 1000 RR and his input will play a key role in achieving this.”

Sykes has amassed 305 starts in his WorldSBK career to date and claimed 112 podiums in that time, including 34 wins, with four podiums coming with BMW in 2019. The future of current teammate Eugene Laverty is uncertain at this point.